After a year-long postponement, IN the MOMENT: a year through the arts in Wake County, presented by the United Arts Council of Raleigh and Wake County with documentary photographer Christopher Janaro is now open.

As Wake County’s 2019-2020 Artist in Residence, photographer Christopher Janaro captured moments illuminating the vibrance and diversity of Wake County’s artistic landscape – predominantly through the lens of United Arts. His photographic journey through the arts began in August 2019 when the arts and festivals were collective experiences. It ended in June 2020, during the pandemic and a summer of social justice activism, when artists responded with creativity, resilience, and protest. As the arts scene slowly begins to recover, this exhibition is a reminder of the joys of the arts when experienced with others.

IN the MOMENT was curated by former United Arts staff member, Brandi Neuwirth:

“Chris has a unique ability to not only document artistic work, but to capture the relationship created between the artists, their work, and the audience. The title In the Moment, while acknowledging time, comes from the understanding that being fully present makes for the most memorable arts experiences – for both artists and those engaging with the art.”

The goal of this exhibit was to include a cross-section of all that happens in the arts throughout a year. When the pandemic hit and the original plans had to be adjusted, United Arts remained committed to documenting the story of the arts, as much as guidelines and restrictions would allow during that time.

Documentary photographer Christopher Janaro is the second Wake County Artist in Residence. He came to Wake County from Brooklyn, NY. He received his BFA in Photography from SUNY Purchase before enlisting in the US Navy. Later, he earned his MFA in Photo, Video, and Related Media from The School of Visual Arts in New York City. While considering himself well-rounded in practice and technique, he is drawn towards candid imagery, political events, breaking news, and editorial. His work has been featured in numerous print and online publications such as Cosmopolitan, PDN, Feature Shoot, Bustle, We Call it Stitch, La Republicca, and Il Post.

Sat Oct 2 , 2021
Digital Artwork Photography menggunakan Facebook. Other well-known abstract artists embrace Piet Mondrian, Joan Miro, and Jackson Pollock. See their work come alive with the painterly quality of our museum-grade canvas. Third-Social gathering products. If the fee-based Service includes a third-get together product, you understand and agree that your purchase and […] 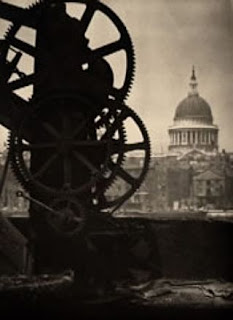