Florida’s “Don’t Say Gay” law (which really impacts the entire LGBTQ community) goes into effect today—but it has already had a chilling impact on LGBTQ students, families, and on supportive teachers in the state.

Although legislators backing the new law said it would not prevent teachers from supporting LGBTQ students or restrict the mention of LGBTQ families, “All of the things we were assured would not happen have already been felt,” said Equality Florida Press Secretary Brandon Wolf at a press conference today. “It has always been about erasing our community.”

The new law (HB 1557), actually titled “Parental Rights in Education,” prohibits discussion of sexual orientation or gender identity in primary grades and restricts it to an undefined age-appropriateness in higher grades. Wolf cited examples of schools that have already asked teachers to remove rainbow “safe space” stickers that indicate they are supportive of LGBTQ students, of LGBTQ educators told to take down family photos, and of yearbook pages about students organizing against the law being blacked out.

Dempsey, a 10-year-old transgender student and rising fifth grader, said, “I don’t feel safe in school with all these things passing. I want it to stop.” Dempsey had transitioned between kindergarten and first grade, part of the age range that the law mainly targets.

The law “seeks to hide my child, to invalidate her existence … to make her unsafe in school,” concurred Jaime Jara, Dempsey’s mother and a teacher herself.

Javier Gomez, a teen who led school walkouts in protest against the bill, noted, “This bill isn’t about granting parents a right to their children’s education or protecting youth. It’s more about power and radicalizing the platform for their elections…. Queer youth are being used as political pawns.” He shared that “the rainbow socks of my teacher” helped him realize his own identity and made him feel welcome.

The new law has also already caused some teachers to leave or consider leaving teaching rather than be forced not to support their LGBTQ students. Anita Hatcher, who taught middle school for 12 years, resigned at the end of this school year, citing an “increasingly toxic” environment created by laws like “Don’t Say Gay” and “Stop Woke” (which prevents teachers from discussing privilege and oppression related to race, gender, and national origin). She also debunked the “false narrative that there is a war going on between teachers and families.” Instead, she said, partnering with families is “the most important piece of an educator’s job.” The new laws, however, mean she is no longer able to do that. The idea that there is conflict between parents and teachers has “created a problem that doesn’t exist,” she said, while it is “exacerbating the problem that is already there”—that of a lack of qualified educators.

Jara likewise said that some of her LGBTQ students tell her she offers the only safe space that they have. She says that she, too, will have to stop teaching if she can no longer support all of her students.

State Rep. Carlos Guillermo Smith (D-HD 49) added that the law encourages individuals, not just the state, to sue the school district if it is not in compliance. The “Don’t Say Gay” law was thus created to be “intentionally vague and intentionally broad” so that school district attorneys would have varying interpretations of it. This would mean that, in order to prevent their districts from getting sued, they would take an “overly cautious approach” on how to implement it.  Already, he said, “We have seen censorship of LGBTQ students and teachers.” Districts are putting out “bogus guidance” about removing rainbow stickers, family photos, etc., “going well beyond the text” of the law. Yet affirming resources are “a life and death issue for LGBTQ students,” he asserted.

Smith had a clear message for LGBTQ youth, though: “You are loved and we will continue to get up every single day and fight for you because your lives are worth fighting for.”

While Florida’s law has probably gotten the most media coverage outside the state, it is only one of a number of anti-LGBTQ laws going into effect today, most of which are aimed at trans youth and LGBTQ materials in schools and will have a similar negative effect. LGBTQ Nation has further coverage.

5 Steps To Take Immediately After a Truck Accident

Sat Jul 2 , 2022
[ad_1] Tips To Securely Navigate the Aftermath of  an Incident This report might comprise affiliate one-way links. When a auto accident requires a large industrial truck, it will become even scarier. This is just simply because these vehicles’ sheer measurement and body weight, when combined with surplus velocity, can result […] 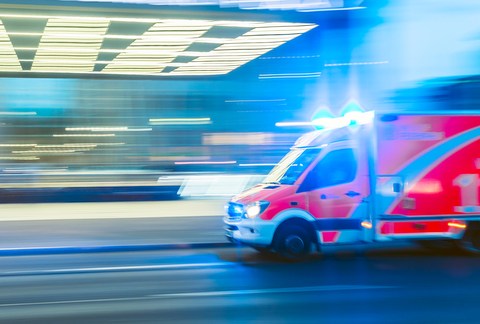