In the late 1960s and early 1970s, artists like Michael Heizer and Robert Smithson were doing strange things in the desert. Digging ditches, building spirals of rocks, riding motorcycles in wide circles—they were among a group of contemporary artists using the vastness of the American West to explore a relatively new genre that would come to be known as land art.

An Italian photographer named Gianfranco Gorgoni was there, too. His photographs of these large-scale and hard-to-reach artworks would end up standing in for the pieces themselves, spreading around the world and bringing attention to the dusty artists turning the land into their canvas.

A new exhibition now open at the Nevada Museum of Art in Reno brings Gorgoni’s work and his role in growing the land art movement out of the shadows. Gianfranco Gorgoni: Land Art Photographs, features more than 50 photos of major land art pieces and explores the deeply collaborative nature of working alongside artists to document their work, and turning that documentation into art in its own right. The exhibition runs through January 2, and an accompanying book of Gorgoni’s photographs will be published by Monicelli next month.

Gorgoni’s photographs captured the work of artists including Heizer, Smithson, Walter De Maria, Richard Serra, Nancy Holt, and Christo and Jeanne-Claude. He photographed Heizer’s Double Negative, Smithson’s Spiral Jetty, and Holt’s Sun Tunnels, among several other famous pieces, many of which are now under the management of museums and foundations. Shot from the windows of airplanes or on purpose-built scaffolds to capture their scale, these artworks represented a new challenge to a photographer like Gorgoni. For many of these earthworks—some ephemeral, most remote—Gorgoni’s photographs are the only way the art could be experienced.

“Land art by its very nature in the American West is remote, it’s at a distance, it’s hard to access for the general public, so the photograph is a key player in the dissemination of the concept and the idea and the artwork,” says Ann M. Wolfe, the exhibition’s curator and the museum’s deputy director, who worked closely with Gorgoni before his death in 2019 to select the photographs in the show.

Land art emerged in the western U.S. as minimalism and conceptual art began to overlap in the 1960s. Though examples of land art preceded this time in Europe and elsewhere, the late 1960s exploration of the American West by Smithson, Heizer, and others turned the region into a center of the burgeoning genre. Land art was in a way rebelling against the “white cube” world of formal gallery spaces, but it soon established its own legitimacy, as monumental works by Christo and Jeanne-Claude, like the Wrapped Reichstag and The Gates in New York’s Central Park became global phenomena. Prior to these works becoming tourist attractions and long before Instagram’s developers were even born, Gorgoni’s early photographs made the abstract concept of land art accessible to audiences around the world.

Born in Rome in 1941, Gorgoni started his career in magazines, working for various publications in Europe. Artists were a common subject matter, and he took portraits of dominant figures in contemporary art including Joseph Beuys and Bruce Nauman. In 1969, with a used Pontiac he bought for $99, he travelled across the United States, documenting hippie culture, including the Woodstock music festival. His connection with the art world led to interactions with artists like Smithson and Serra, who eventually invited him out west to photograph the large-scale projects they were beginning to create in remote parts of Nevada and Utah. Starting in 1970, Gorgoni began a years-long series of trips to see and photograph land art projects both in progress and complete.

This work was done at a time when photography was being considered in a new light, Wolfe says, and Gorgoni’s photographs became artworks of their own. “It moved beyond this realm of documentary photography into this genre that can now be hung on the wall and respected as a fine art in a museum or gallery. And at the same time you have this work taking place out in the desert that he was recording, documenting, seeing through his own creative lens,” she says.

Wolfe points to Heizer’s Circular Surface Planar Displacement Drawing, a 1970 work made by riding motorcycles in wide circles on the plain of a dry lake bed. Gorgoni had to set up a scaffold to capture the entire work. Wolfe says it’s unclear whose idea that was, and whether that choice should be considered part of the work—indeed, whether the photographs of the work are part of the work. “The field gets muddied,” she says. “But somehow that image was generated through Gianfranco Gorgoni’s camera and that’s how the world has come to know that particular piece in the desert.”

In 2016, the Nevada Museum of Art rekindled the connection between Gorgoni and the land art movement, commissioning him to be the official photographer of Seven Magic Mountains, a set of totems made from neon-painted boulders stacked on the outskirts of Las Vegas by Swiss artist Ugo Rondinone. Gorgoni tracked the entire process, from the selection of boulders to their complete installation.

Wolfe says Gorgoni was beginning to consider what should happen with his large archive of photographs and contact sheets focused on the land art movement, and the museum began talks with him about producing a show and archiving his collection.

“We began working with Gianfranco to produce this large suite of photographs to better explain and share his role in the process of sharing those artworks with the world,” Wolfe says. “It was really time to tell his story and share his legacy.”

The Gorgoni exhibition is part of a larger series of events at the Nevada Museum of Art focused on the land art movement, which Wolfe says continues to evolve. What remains stable, though, is the role that documentation through photography and video plays in turning land art into something people can see. Gorgoni, she says, helped establish that practice, and made it an art form of its own. “He really did bring the American land art movement to the eyes of the world,” she says.

Fri Jul 2 , 2021
Digital Artwork Pictures menggunakan Facebook. Notices. Verizon Media could give you notices, together with service announcements and notices concerning modifications to those Terms, by, however not limited to, e-mail, common mail, textual content message or SMS, MMS, push notification or in-app message, postings on the Providers, phone, or different affordable means now […] 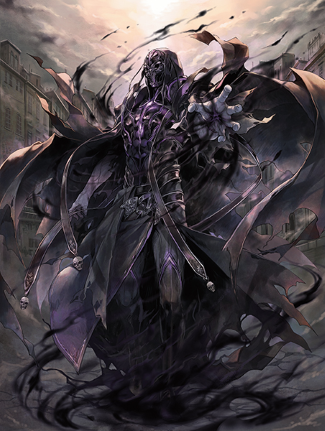