Crystal Brewis is a Jamaican-Canadian art director making strides behind the scenes of media campaigns the world over. Most recently, she was at the helm of the women-led adidas campaign “Watch Us Move.” The global ad spot for the Three Stripes’ activewear line is an ode to women of all walks, featuring K-pop group Blackpink, body positive yogi Jessamyn Stanley, and silver medal-winning Paralympic cyclist Denise Schindler.

But that’s just one of countless major projects Brewis orchestrated the aesthetic and overall vibe for. Her career spans over 360 campaigns to be exact, for brands like Converse, Spotify, and YouTube Music. You may also recall her work on DeMar Derozan’s memorable “Come Out of Nowhere” spot for Nike Canada from a few years back.

Growing up in a creative environment drove Crystal to hone her passion for art and pursue it professionally. Her father was a professional drummer for reggae band Crucial Vibes, and her mother is artistic by nature. Throughout her younger years she studied performing arts, visual arts, and eventually focused on music at Humber College. Though music has always played a crucial role in the work Crystal creates today, she found herself wanting to flex her creativity further. She completed her post-secondary education by landing in OCAD’s world-renowned Art Direction program.

At OCAD she became well versed in a number of creative avenues, including graphic design, photography, and film, among others. She attests the opportunities she had to explore different styles of art as the reason she’s been able develop her talents as an art director. Crystal began her career in Toronto, working alongside some of the leading sport, lifestyle, and music brands around the world. Today, she’s bringing her visions to life on some of the world’s largest campaigns.

Crystal continues to develop and thrive as an artist and as a woman of colour in an industry that can be difficult to break into. She spoke with Complex Canada about her role as an art director, her growth as a creative, and the value of diversifying voices and visions over all forms of content creation.

I have to mention right away that I was inspired by the “Watch Us Move” adidas campaign you most recently art directed. Congratulations on a job well done. What’s the role of an art director like?

Thank you! That’s really lovely to hear. My role is to come up with the creative vision for a campaign or project. Think of it as a “creative curator.” After working with a team and coming up with a concept, I then go into a visual exploration of ways to bring the idea to life aesthetically. This usually involves lots of mood boards. Once this is agreed upon by my team, my role is to then oversee the visual process and find the right talent that illustrates the vision accurately. This could include on-screen talent, photographers, directors, designers, illustrators, stylists and/or makeup artists to bring the idea to life.

Those are quite a few hats to wear! You must require a ton of creative fuel to run a project like that. You’ve worked on numerous campaigns and always bring a fresh vision to the table. Where do you find your creative inspiration?

Anything that moves me to feel I’ll usually call on for creative inspiration. That could be anything from a movie or the way a scene was filmed or written—could be music or a music video. For example, lately I’ve found inspiration in Jorja Smith’s latest music video for her song “Addicted,” which she actually directed. It’s so simple and beautiful and you can tell she just got creative with making a video during COVID, but it works so well for the song. I find it breathtaking. I’ve also found inspiration in things like the makeup and soundtrack in Euphoria; the cinematography and character development in the movie Moonlight; the storytelling and writing of HBO’s Watchmen; or the set dressing in The Queen’s Gambit.

“If you see women in a high-level position, that’s inspiring; you begin to believe it’s possible to achieve the same things because you can see yourself reflected in people at the top.”

Sounds like inspiration is lurking everywhere for you. That, combined with your dedication to your craft, has led you to reach a global scale. You worked with a team of women on the “Watch Us Move” campaign for adidas in Amsterdam. What was that experience like?

It was a pretty amazing and empowering experience. There were definitely still some men who played a large role in the making of the campaign, but it was pretty special seeing how many women we were able to work with on the project as the industry is so male-dominated. It really opened my eyes to the spaces where women are missing behind the scenes, like finding female photographers who specialise in sport photography, editors, colorist, DOP’s, etc. Overall, these roles are much more saturated with men. At the end of the day, having diverse voices and perspectives in a room benefits everyone; that collaborative process is where some of the most fresh ideas will come from.

Why is this campaign so important right now?

Women should be celebrated every day, not just during Women’s History Month, but particularly right now, with the media shining a light on how unprotected we are, especially women of colour. It was really incredible getting to work alongside such a talented and badass team of women. I can’t speak about the campaign without giving a shoutout to my creative partner, Sarah Sharp, and creative director, Annie Chiu. It was such a team effort with so many more amazing women. It was just really nice to be able to pause for a moment to celebrate women in a real way.

We definitely need more of that. How do women inspire you and who has been a notable female influence in your life?

When I think of women, I think of resilience and perseverance. It’s such a beautiful, painful, powerful journey. My mom is an inspiration through her creativity, but outside of that I love the work of Melina Matsoukas; she’s probably my favourite director and a woman of colour who has blessed us all with her magic. The list goes on and on really.

Well said. The number of inspiring women out there grows endlessly. Thankfully, as viewers, we’re starting to see more representation of all forms in front of the lens. Do you feel the same movement is being made behind the scenes?

We’re starting to see a shift happening with the all-Black producing team of Judas and the Black Messiah, and Chloe Zhae becoming the first woman of color nominated for an Oscar for Best Director, as well with female directors breaking records for most nominations in one year. Can you believe it’s taken this long? Those are some examples of forward movement, but there’s always work to be done in this area. We’ve seen a shift moving away from a lack of representation in front of the lens, but there is still a lot of room for growth behind the lens, particularly for women of colour.

What changes and developments do you think we need to see to create more opportunities for women behind the lens?

It starts from the top down. If you see women in a high-level position, that’s inspiring; you begin to believe it’s possible to achieve the same things because you can see yourself reflected in people at the top.

I’d say that inspiring others is exactly what you’ve been doing. Thanks for continuing to make strides that lead diverse talents forward. What advice do you have for women in the industry that are coming up? And do you recommend any resources for women, especially for women of colour, to break through in your industry?

There is space for you at the table, and your vision and voice are valued. Focus on your craft and the work you want to create—the opportunities will eventually come. Also, don’t be afraid to put your work out there even if it’s not perfect; get feedback to improve, keep working, and don’t let anyone discourage you from doing what you want to do.

There are a few platforms made by women for women that have come up within the last several years to help get exposure:

Tue Mar 30 , 2021
In honor of Women’s History Month, the Los Angeles Times photography department would like to highlight our award-winning female staff photographers. Francine Orr joined the Times photography staff in 2000. Previously she had been a photographer for the Kansas City Star. Raised in Colorado, she earned a bachelor’s degree in […] 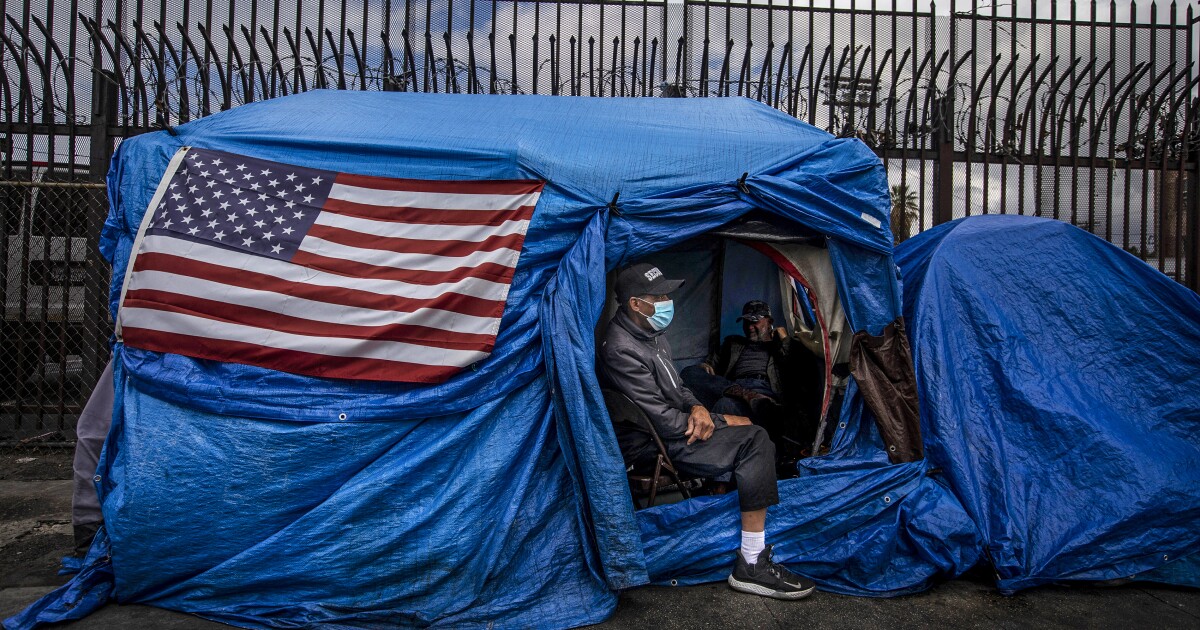