When/how did you get into photography?

I’ve had cameras and taken photos since I was a child, but not much thought went into it. It was point, snap, and hope.

I began taking photography seriously when I returned to school in 1995. I minored in art with an emphasis on photography. I worked mostly with black and white and developed my own prints. After school, other interests took over.

In 2016, I picked it up again. I wanted something my youngest son and I could do together. He was having a rough time then, so I got him a Nikon. We explored new locations in Virginia and in North Carolina and took thousands of photos. He lost interest after a year, but I kept going.

Where are you from and what brought you to Page?

I was born in California but lived most of my adult life in Virginia. I moved to Arizona to be closer to my family. My daughter, grandchildren, and great-grandchild live in Queen Creek.

My cameras and I have traveled throughout the U.S. and Canada. Page is one of my favorite areas because it’s close to everything I want to photograph. Before moving here, I planned to move to a new area every year. A day, a week, or even a month isn’t enough time to photograph an area. I’ve found all I need in Page, so Idaho, Oregon, and British Columbia will have to go on without me.

It depends on where I’m at. Initially, I focused on wildlife, mostly birds, then later added wild horses to the mix. Now, it’s landscapes. If I lived in a big city, I’d probably be a street photographer. I adapt to my surroundings.

How would you describe your style with photography?

Most of my work has a hint of hyperrealism. There’s the image the camera sees but it lacks the emotion experienced at the scene. I try to compensate for that. My photos are a collaboration between the camera’s mechanical interpretation and my experience.

Where are the must-shoot spots in the area?

Shoot it all. If you don’t have time for that go to Wahweap Overlook, Horseshoe Bend, and to Rim View Trail’s east side. Those are the places I take family and friends when they visit. If they’re here long enough, we go to Zion and Bryce.

What advice would you give to someone new to photography?

There are two sides and a middle in photography: The technical, the artistic, and where the two overlap. Experiment in manual mode with aperture, shutter speed, and ISO settings. Learn how they affect a photo. Examine each image and think about how to make it better next time.

Study paintings and photographs by the greats. Internalize every aspect, the colors, tones, light, shadows, shapes, and balance. Art teaches us how to see. Nobel Prize-winning neuroscientist Eric Kandel says abstract art creates “new rules for visual processing.” The abstract expressionists who worked with color fields, like Mark Rothko, have influenced my landscape compositions in the Page area. It’s not a conscious effort; it’s internalized.

The camera doesn’t see objects; it only sees light, so I photograph light. Get familiar enough with whatever camera and lens you have to know its strengths and weaknesses. Even a weakness has artistic potential.

How much of getting that awesome image is just dumb luck?

Being at the right place at the right time certainly plays a role, but often, luck only lasts a moment or two. You have to be prepared technically, have muscle memory reflexes to respond to the moment. This is especially true with wildlife photography.

For landscape photography, you can increase the odds of getting a good shot by watching the weather. I look at the sky to see if it’s worth packing my gear.

For example, I can usually tell if there’s going to be a rainbow. That’s worth packing gear and hitting the trail or Wahweap Overlook to get a few shots with a wide-angle lens. If I had to guess a ratio, I’d say luck is less than 1% of the equation.

Describe the experience of going out on a shoot and striking out (sometimes the thrill of the hunt is better than the kill).

Getting at least one good shot is always the objective, but there are other rewards. For one, I enter a zone, a mode, a state of being detached from everything except finding the shot.

Photography is good for the mind and body. Many times, I’ve tagged along with wild horses roaming the mountains in Tonto National Forest. I became part of the herd. That’s another state of being. I tend to humanize animals and birds in thought and photographs.

Still, I never forget they’re wild animals. I humanize from a safe distance.

Other than photography, what other art are you in to? (The office staff are telling me you’re a musician.)

I’m a songwriter, composer, and musician. I’ve played in bands all my life, toured, recorded albums, and worked with good musicians. I’m still friends with most of my old bandmates. I stopped playing live in 2005.

I still write songs and record them in my home studio. I’m putting the final touches on a song now, then making a video using GoPro video clips I’ve shot in the area. I’m close to having an album’s worth of new material. I sing and play most of the instruments but will have at least one guest musician on each song – people I’ve worked with before.

For the latest song, a friend tracked the drums in his home studio in California. Another friend in Virginia tracked a bass part in his Virginia studio. We can all work from home.

What is the most bizarre thing you have ever photographed or come across while on a shoot?

The most bizarre thing I’ve photographed was sunset rain over Page in 2019. I was at Wahweap Overlook when it happened, so I got some great shots.

I switched to Nikon from Canon when I went from film to digital. Both are good.

I studied psychology for two years, then majored in English when I transferred to Old Dominion University in Norfolk, Virginia. I minored in art with an emphasis on photography. I also studied journalism there and was managing editor of their weekly paper.

I was accepted into ODU’s master’s in fine arts program but left after the first semester to focus on my business, Writers’ Village University. It’s an educational community with about 1,500 members. We’re in our 26th year now.


Bob Hembree at one of his favorite photography spots, Rim View Trail.

(Below) A slideshow of photographs by Bob Hembree

The Unknown Radicals of Black Photography

Mon Feb 15 , 2021
Adger Cowans, Footsteps, 1960. (Courtesy of Virginia Museum of Fine Arts, Aldine S. Hartman Endowment Fund / The Whitney Museum of American Art) When the Kamoinge Workshop began in 1963, taking its name from a Kikuyu word meaning “a group of people acting together,” a few Black photographers had already […] 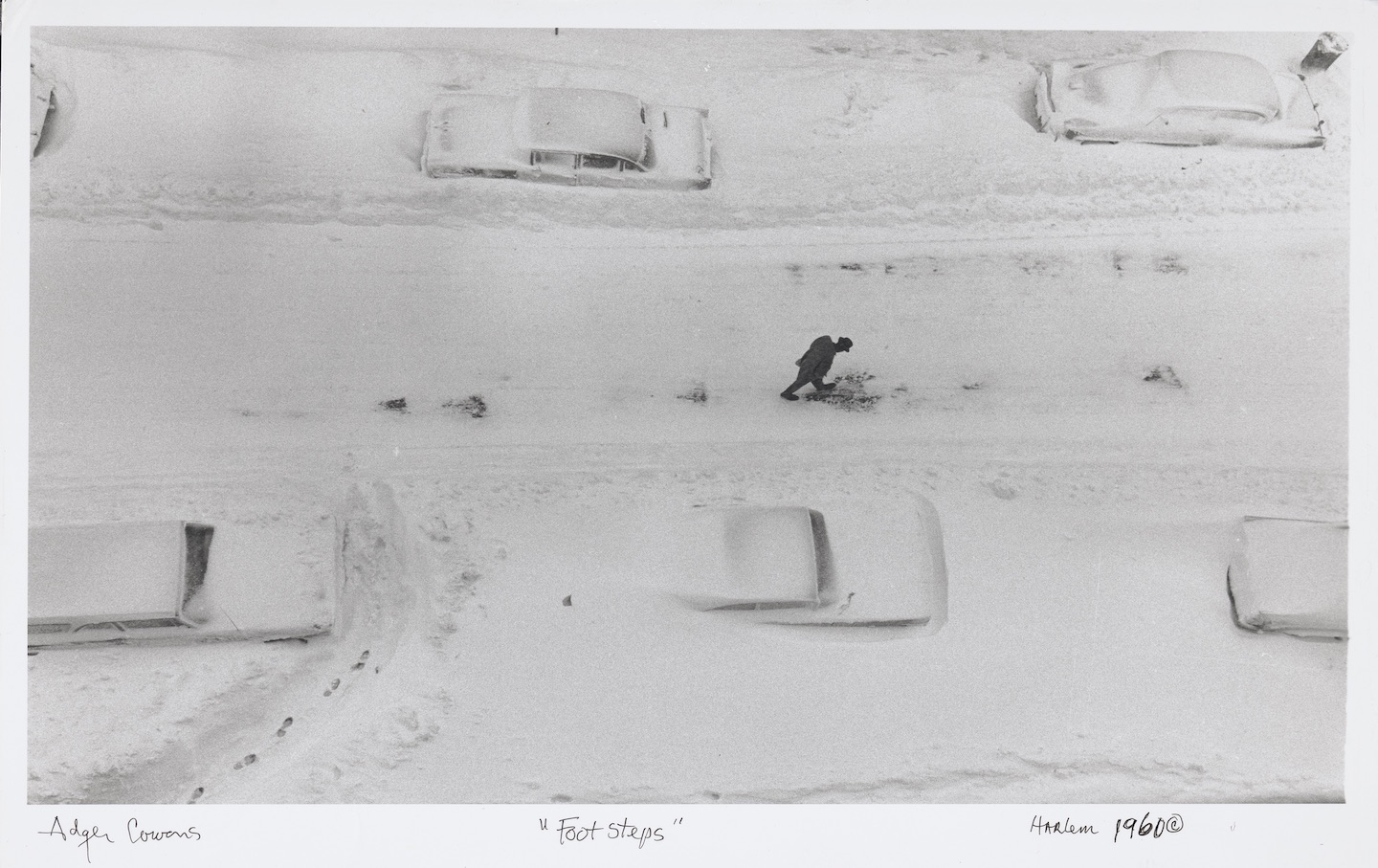