Naomi Rosenblum, who wrote about the history of photography and helped elevate it as an art form, died on Feb. 19 at her home in Long Island City, Queens. She was 96.

The cause was congestive heart failure, her family said.

Dr. Rosenblum was the author of seminal works that helped bring scholarship and recognition to photography as a creative art form after practitioners, notably Alfred Stieglitz, had revolutionized the field by defying the conventions of subject matter and composition — creating images in the rain and snow, for example, or of a pattern that the sea cut in the sand.

Histories of photography traditionally focused on England, France and the United States. But Dr. Rosenblum’s major contribution, “A World History of Photography” (1984), provided a true global perspective. The book was translated into several languages and remains a standard text in the field.

Her other major work, “A History of Women Photographers” (1994), traced their accomplishments from the mid-1800s through the late 20th century. As she wrote, women’s participation in photography accelerated after George Eastman introduced the easier-to-use Kodak camera in 1888.

She lectured around the world, holding seminars in Europe, South America and even China, and received numerous honors, including appointment as a Getty scholar in residence in Los Angeles.

Dr. Rosenblum also curated several major exhibitions, including one of the work of Paul Strand, the influential 20th-century modernist. She helped curate the first comprehensive, large-scale exhibition of women’s photography as fine art, which opened at the New York Public Library in 1996 and traveled the country.

While she had an early education in drawing, painting and sculpture, she was not introduced to photography until she took a course at Brooklyn College taught by Walter Rosenblum, a highly decorated war photographer who was celebrated for his images of defiant American soldiers among the dead at Omaha Beach in World War II and took the first motion picture footage of the Dachau concentration camp after it was liberated. They married in 1949.

Together, the couple became part of the lively photographic and artistic scene in New York in the mid-20th century. At the Photo League, a cooperative that encouraged socially conscious photography, they associated with leading photographers of the day like Berenice Abbott. (The league was disbanded in 1951 after the F.B.I. accused it of being a subversive organization.) Dr. Rosenblum searched out photographers like Dorothea Lange so she could write knowledgeably about their work, and she studied darkroom techniques.

The Rosenblums became top authorities on Lewis W. Hine, the social realist known for his documentary images of immigrants at Ellis Island, children being exploited as laborers and ironworkers on the Empire State Building.

The couple helped organize a major Hine retrospective at the Brooklyn Museum in 1977. And as guest curators, they supervised the installation of the museum’s Hine exhibition in 1980 when it traveled to Beijing, the first official loan from an American museum to China.

In the mid-1990s, after Mr. Rosenblum had been selling Hine prints as “vintage,” top art dealers and collectors began to question whether he had printed them long after Mr. Hine’s death in 1940 and was misrepresenting their provenance. Mr. Rosenblum denied wrongdoing, but he reached an out-of-court settlement in 2001 with several art dealers and took back some of the prints he had sold. He died in 2006.

Naomi Eve Baker was born on Jan. 16, 1925, in Los Angeles. Her father, Albert, was an accountant, and her mother, Rebecca (Porringer) Baker, was a nurse’s aide. Their father was absent for a period, and Naomi and her younger sister, Vera, spent time at a children’s home in California.

The family relocated to New York during the Depression and moved frequently, ending up in the Bronx. The girls attended free art classes at settlement houses and eventually studied with Florence Cane, a progressive art educator, who promoted art as an important force in childhood development.

Both girls went to the High School of Music and Art. Naomi graduated in 1941 and attended the Tyler School of Art at Temple University in Philadelphia for a year, then transferred to Brooklyn College, where she majored in fine arts.

Because she wanted to be able to support herself, she also studied engineering draftsmanship and worked in that capacity during the war. She received her bachelor’s degree in 1948.

After her exposure to photography, she returned to college several years later for her master’s degree in fine arts from the CUNY Graduate Center in 1975 and also earned her doctorate there, in art history and the history of photography, in 1978. Her dissertation examined Mr. Strand’s early work, from 1920 to 1932.

She is survived by her daughters, Nina Rosenblum, a documentary filmmaker, and Lisa Rosenblum, a former commissioner of the New York State Public Service Commission. Dr. Rosenblum’s sister, Vera B. Williams, who went on to write and illustrate children’s books with working-class themes, died in 2015.

Although Dr. Rosenblum took her first pictures while at Brooklyn College, she never pursued photography herself. She stuck with drawing and attended sketch classes into her 90s. 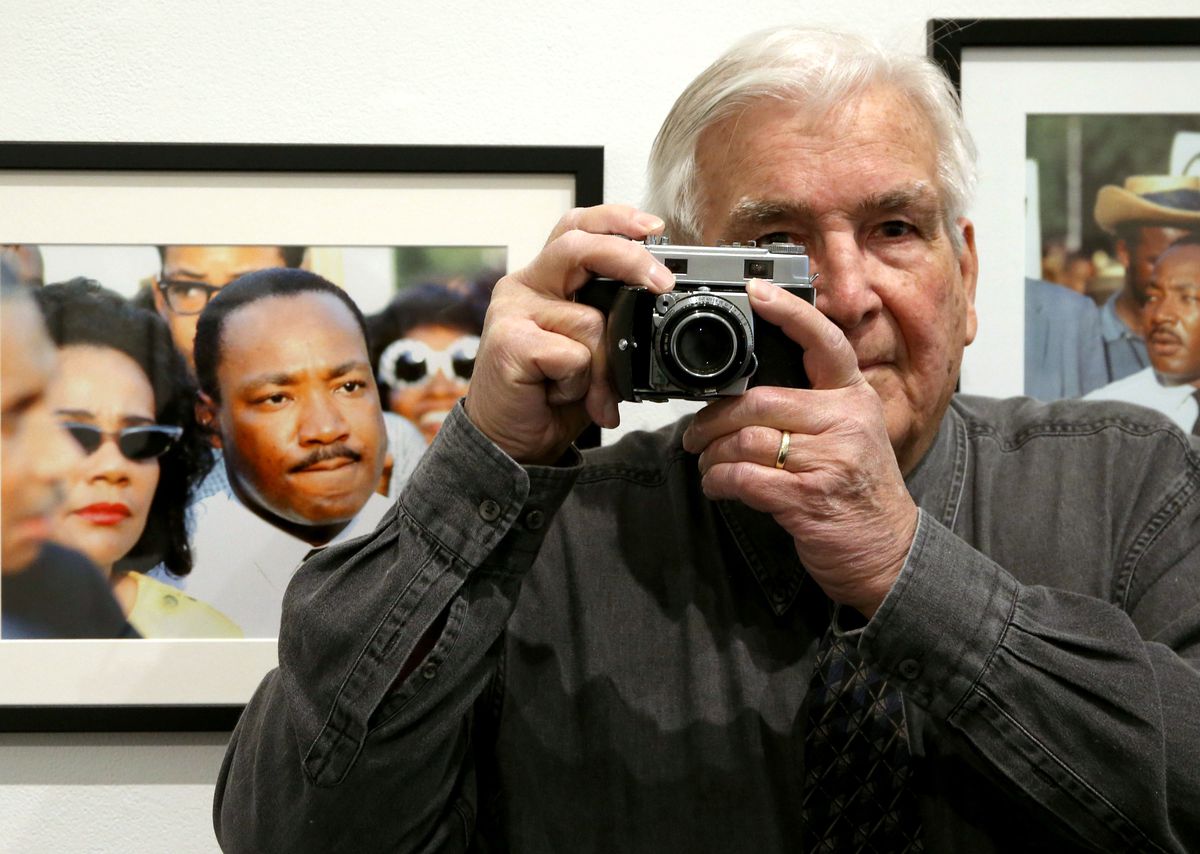