Examining the inseparability between humanity and nature is a task that requires a certain vigilance, since humanity and nature are constantly changing. Orange Coast College’s Frank M. Doyle Arts Pavilion exhibition, “What Will Remain: Art in the Time of Human Dominion” explores that theme and recognizes that “humans have clearly marked the earth in a way that may be detectible millennia from now when future archaeologists dig through sediments yet to be.”

The group show, running Oct. 11 until Dec. 4, is curated by the Doyle’s director, Tyler Stallings, and features work from faculty in the departments of Art, Digital Media and Design, Film and Television, and Photography from the Visual and Performing Arts Division at OCC. Twenty-five individual artists and one collective of five artists for a total of 30 participants are featured.

“What Will Remain” frames the connections of humans to nature through a variety of lenses.

Laurie Hassold’s “Fossils from the Future” series, for example, uses sculpture to imagine “cross-breeds” of rock, bone, tree and flesh bridging the separation of living and unliving things. Hassold said her series reflects what might remain after we’ve become extinct and what other things might be allowed to flourish and grow.

“They might evolve or use whatever we left behind for ornamentation, or defense even, armor or attraction mechanisms for mates,” said Hassold, a member of OCC’s Art Department.

Similarly, Matthew Newman’s “Gorehoundz Action Figures” uses stylized reimagining of action figures of the late 1980s and early 1990s to explore the way contemporary artifacts might be examined in the future.

“For me this is an other dimensional relic from the ‘80s that was recovered after our world has ended,” said Newman.

Stallings notes that toys can also be a signifier of the times in which they were created.

“This takes it down to the lessons that are taught to young people, through toys,” Stallings said.

Newman is in OCC’s Film and Television department, and an analogue-style video accompanies his classic 4.5-inch figures.

“I did it like a VHS was recovered, and if you saw a commercial from back then, what would it look like?”

Stallings said his description of the show intentionally leaves out the word “anthropocene.”

“I purposely did not use that word in the description because one of things that struck me as I was doing research was that there is some disagreement around the word,” said Stallings, “because it keeps the human at the center of conservation.”

All of the work in “What Will Remain” asks humans to reframe their viewpoint about their connection to nature, a process that Stallings said is only just beginning.

“There are other words, like symbiosis, that suggest a mutual relationship. So I tried to suggest that in the description and to get a different orientation,” Stallings said.

Support our coverage by becoming a digital subscriber.

Arts festival comes back this weekend after two-year COVID absence

Fri Oct 8 , 2021
NORTHAMPTON — Two years ago, the Paradise City Arts Festival celebrated its 25th anniversary: a quarter-century of some 250 artists gathering twice a year to display their work at the Three County Fairgrounds in Northampton. From painting to sculpture to photography, and from ceramics to furniture to clothing and jewelry, […] 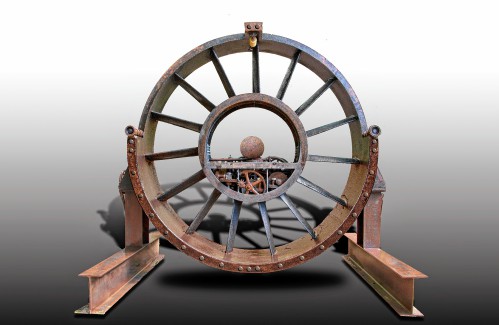