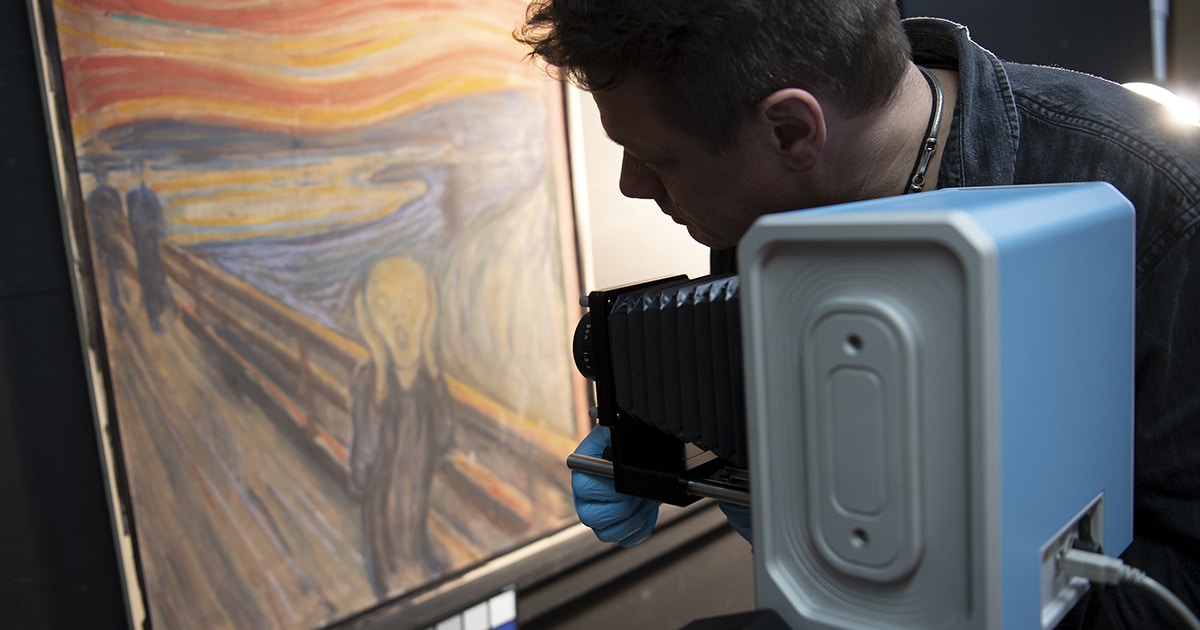 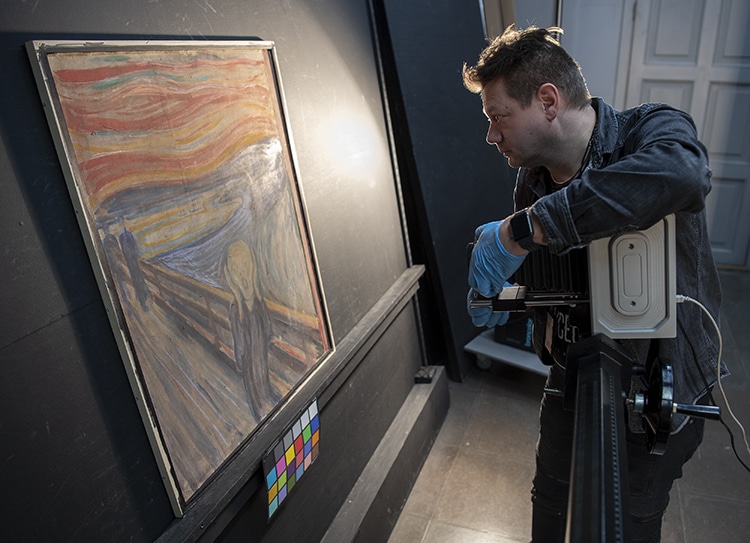 Etched into the paint of one of the most famous paintings in the world, a haunting eight-word sentence has been a mystery to art historians for over a century. In 1904, a Danish art critic peering at Edvard Munch‘s The Scream noticed graffiti along the rolling clouds of the blood-red sunset. The sentence reads, “Can only have been painted by a madman.” The mysterious statement—clearly added sometime after the painting’s debut in 1893—was long thought to be added either by a disgruntled onlooker or perhaps the artist himself. The century-old debate has finally been settled by modern technology. Using infrared photography to compare handwriting to Munch’s letters and journals, experts at the National Museum of Norway claim the words are in fact the artist’s own.

As part of Norwegian

Edvard Munch’s “The Scream” is one of the world’s most enduring paintings.

Its androgynous muse appears to be in some kind of agony and bold waves of color overwhelm the spectator. But what appears on the upper left corner of the masterpiece has intrigued the art world for decades. It reads, “Could only have been painted by a madman.”

There has been speculation that a vandal somehow inscribed the words on the 1893 painting, but the New York Times reported that curators at Norway’s National Museum of Art, Architecture and Design determined that the words were written by Munch himself.

Mai Britt Guleng, one of the curators, told the Times that he had been examining the inscription “letter by letter” and determined that it is “identical in every way to Munch’s handwriting.”

THE LOUVRE ACCUSED OF DAMAGING MASSIVE PAINTING BY AMERICAN ARTIST

“So there is no more doubt,” he said.

The Early Invention of Film and Motion Pictures: An Alchemical Breakthrough | History of Movies