A film that records the process of “collecting” sunlight and an urban pergola that acts as a green lung are among the projects included in Dezeen’s latest school show by students at Camberwell College of Arts.


© Provided by Dezeen
A graduate project from Camberwell College of Arts


Also featured is a reusable wrap inspired by Furoshiki, a Japanese cloth traditionally used to transport food, and a visual celebration of a student’s Tamil roots.

“At Camberwell College of Arts, the past year has shown that artists and designers can respond to uncertainty with creativity and resilience, finding ways to support and build communities across the globe.

DANVILLE — Like many local events which took a one-year hiatus due to the coronavirus pandemic, Arts in the Park is back for 2021 in historic Lincoln Park, off Logan Avenue in Danville.

The sidewalk chalk contest, south of the Lincoln Park Pavilion near the playground, is the first event, with registration opening at 9 a.m. Saturday. The contest runs from 9:30 a.m. to noon on Saturday. Bring your own chalk or use chalk provided. Registration is free and prizes are awarded. All ages are welcome, organizers say.

The Art on Wheels Car Show presented by the Illiana Antique Automobile Club is from 11 a.m. to 3 p.m. Saturday. Registration starts at 9 a.m. Saturday. It’s an open show for cars, trucks, customs, 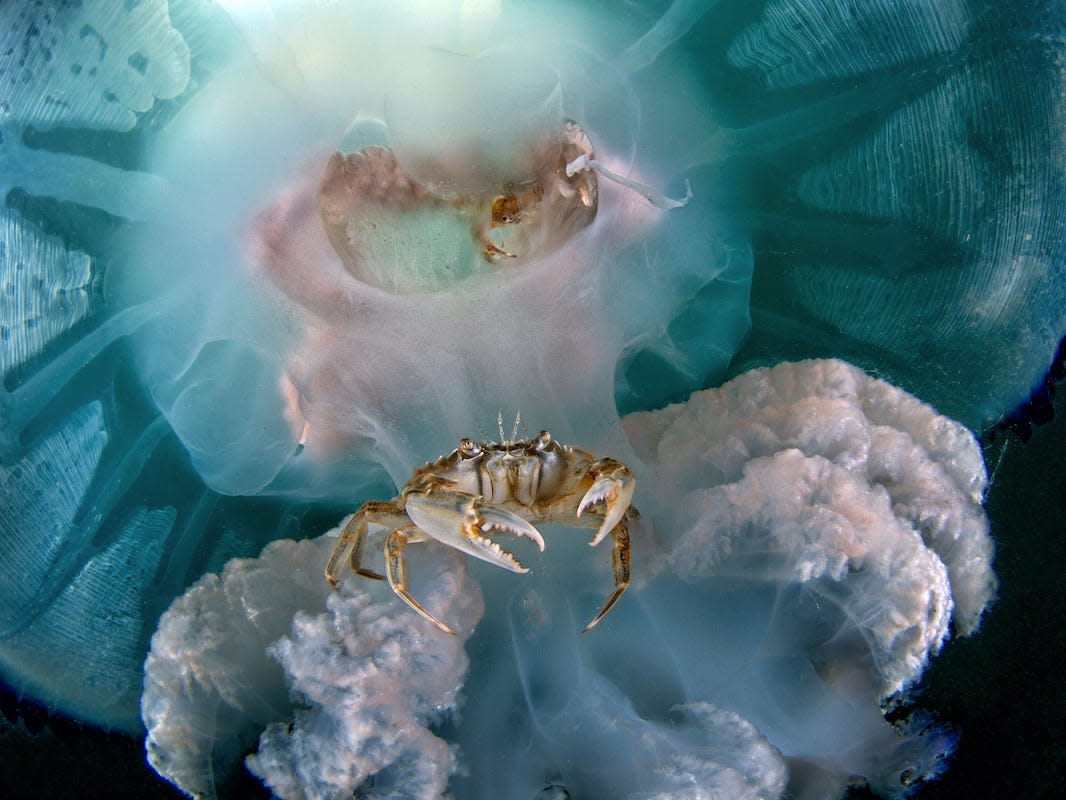 These award-winning photos will transport you to an unfamiliar, otherworldly water landscape. This wide-angle shot of an octopus’ tentacles from Gaetano Dario Gargiulo won best in show.

Gargiulo shot this image in some tide pools in New South Wales, Australia.

“In one of the shallowest parts of the [tide] pool I noticed an octopus. I placed my camera near its den and the octopus started interacting with it,” Gargiulo told Underwater Photography Guide.

Off the Pico Island in Portugal, Gilles Auroux captured this image of a blue shark, a species the photographer said is one of “the most elegant species of sharks.”

“Bullet” by Auroux placed second in the wide-angle category.

Auroux said they tried to capture the shark’s elegance and speed by intentionally shooting a close-up of the animal.