The premiere of Art Sense Gala debuted Oct. 8 on behalf of the Orange County Museum of Art and a cool million was raised for the museum one year in advance of its official public opening, set for October 2022.

The big event unfolded at the construction site located on the property rising at the Segerstrom Center for the Arts in Costa Mesa. The modern architectural statement is in the creative hands of Morphosis Architects, under the director of Pritzker Prize winner Thom Mayne and partner-in-charge Brandon Welling.

Sean and Aga Green, Lucy Sun and Warren Wilson, Marta and Ray Bethal were all dining with major sponsors Idit and Moti Ferder of Lugano Diamonds, responsible for a $2.5-million grant establishing free admission for the public over the first decade of operation of OCMA. Lead sponsors of the night included Sotheby’s and J.P. Morgan.

The fall social season on the Orange Coast came alive with Pacific Symphony’s Opening Night Celebration, this year billed as “A Notable Gathering.” Chaired by the incomparable Judy Whitmore, a businesswoman, philanthropist and talented performer as well, the big event honored Segerstrom family members Sally Segerstrom, Sandy Segerstrom Daniels, Susie and Steve Perry, and Rae and Ted Segerstrom. This long-standing dedication to the symphony is an homage to the influence of their late mother Jeanette Segerstrom, whose passion for classical music was installed in her children.

In particular, Forsyte lauded the Segerstrom Family Foundation. “Tonight, we celebrate the 21st anniversary of the naming of the Hal and Jeanette Segerstrom Family Foundation Classical Series. Their magnificent investment ensures this series features world class artists like Emanuel Ax, large orchestral works like Tchaikovsky’s Fifth Symphony and to commission new music such as that from an important American composer, Wayne Oquin.”

Also honored on opening night was special guest Simon Woods, president and CEO of the League of American Orchestras. The evening chair Judy Whitmore attending with husband Wes Whitmore, expressed the shared mood of the symphony crowd best, “Tonight’s theme for the evening, ‘A Notable Gathering,’ honors not only the Symphony’s return to the concert hall, but also our resilience during the pandemic. We acknowledge, with gratitude, our remarkable Pacific Symphony family that made it possible.”

Another of the O.C.’s most treasured seasonal events sidelined in 2020 due to the pandemic, returned with great enthusiasm. “Romance of the Mission,” presented by the Mission Preservation Foundation, brought together some 350 patrons Sept. 17 under the historic shadows of the 18th century mission’s Great Stone Church in San Juan Capistrano.

“Romance of the Mission” was indeed also a return to the mission and the 2021 celebration was dedicated to Connie and Dr. Peter Spenuzza. Mission Preservation board chair George O’Connell thanked the Spenuzzas for their legacy of philanthropy, especially noting Connie Spenuzza’s service as board of director chair for the Preservation Foundation Board for more than 15 years.

Post reception the sponsors were treated to a private concert by Loren Allred, best known for her stirring recording of “Never Enough” from the film soundtrack of “The Greatest Showman” (one of this columnist’s all time favorite films). In gala tradition, the songstress concluding her act with “When the Swallows Come Back to Capistrano.”

Dinner followed, served in the Central Courtyard of the California historic landmark. The crowd enjoyed cuisine provided by the Inn at the Mission San Juan Capistrano with wine pairings by Rancho Capistrano Winey and Miura Vineyard & Clos Pissarra.

Serving People In Need has announced the appointment of Stephanie Smolkin as the new executive director of the 30-year strong nonprofit finding its mission in placing unhoused families with children in permanent housing in Orange County.

Smolkin joined SPIN in 2011 as controller and grant administrator and over 10 years has managed SPIN’s financial business with emphasis on securing a foundation of financial strength permitting funding of SPIN’s programs.

Also front and center donating to SPIN were the Frome Family Foundation, Virginia Schloemer Foundation, the Tom and Mayumi Foundation, and Golden State Foods, among many others. More than $260,000 was raised from the online event.

On Dec. 1, SPIN will host a holiday appreciation dinner and jazz concert produced by Kim Frazier and SPIN super-advocate Mary Lou Shattuck. Donors supporting the virtual fundraiser will be invited to the party at Bahia Corinthian Yacht Club, Corona del Mar for cocktails, dinner, and dancing provided by the sought after Ron Kobayashi ensemble.

Support our coverage by becoming a digital subscriber. 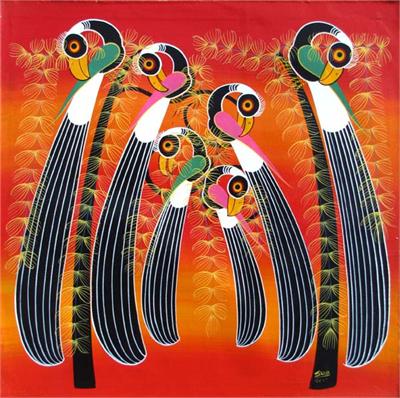