Cuban art historian and curator Aldeide Delgado sits in a white room, complete with white curtains. She wears a white shirt as she speaks to New Times via Zoom. The only color in the frame is the black chair that peeks out from behind her shoulders.

Delgado speaks passionately about her women-in-photography project. Her delicate gold necklace bounces along as she gestures.

While studying art history at the University of Havana in Cuba, Delgado realized that women were predominantly left out of the conversation. The contributions of female artists — let alone photographers — rarely made the mention in her textbooks.

“You are surrounded by propaganda in school and in all the public imagery that you see on the island,” Delgado says. “It’s a lot of photography used to reinforce the ideology from the social transformation of the 1950s and ‘70s [in Cuba].”

Support the independent voice of Miami and
help keep the future of New Times free.

As a historian and curator, she felt that something needed to be done to give more visibility to women photographers. In 2013, she began an online database where she collected her extensive research and called the online space Women Photographers International Archive (WOPHA). As the years went by, the database continued to grow.

“For me, it was very important to create a project that would be like rereading of the history of photography and of that idea of how the Cuban nation was built, but from a feminist perspective,” Delgado explains.

As she delved into her research, she asked herself one simple question: What has been the contribution of women to photography’s history?

At first, her focus was on Cuban female artists. Later, WOPHA expanded its framework to document the work of Latin American artists, including those who live in the U.S.

In 2016, Delgado made the move to Miami from the island 90 miles offshore. Three years later, she received her first Knight Arts Challenge grant to help organize the inaugural WOPHA Congress, which takes place later this month.

WOPHA Congress: Women, Photography, and Feminisms is a two-day event that will take place at venues across Miami and with online presentations in the virtual space.

For its November 18-19 conference, WOPHA boasts a list of notable local and international art and photography organizations as sponsors and supporters, including Pérez Art Museum Miami, Arts Connection Foundation, Green Family Foundation, Green Space Miami, El Espacio 23, Faena Art, Lucie Foundation, Oolite Arts, the Betsy Hotel, and the Rubell Museum. These partners will either be hosting an event or artist residencies and studio visits as part of the WOPHA Congress.

Attendees can participate in person or via the internet. Panels and lectures will feature a bevy of artists and curators, including Ariella Aïsha Azoulay, professor of modern culture and media and comparative literature at Brown University; Roxana Marcoci, senior curator of photography at the Museum of Modern Art (MoMA) in New York; documentary photographer Maggie Steber; and Deborah Willis, professor of photography and imaging at New York University.

Part of the WOPHA Congress program includes announcing the winner of its artists-in-residency program with the Betsy Hotel for this coming year.

Delgado describes her role as providing a unique relationship with marginalized identities in the arts.

“My approach to the arts has always been to help give a voice to those who may have been left out of the history books. I strive to create an impact through my work [as historian and curator].”

Delgado says the archive truly evolved once she moved to Miami. She officially founded WOPHA as a nonprofit in 2018, two years after moving to the Magic City.

“I always say that WOPHA emerged from my process of adapting to the city of Miami,” she says, smiling broadly. “Living in Miami, I embrace and identify with the cultural character of the city. I started to think about what my contribution to the city could be. I thought a lot about this idea of history and memory.”

At its core, WOPHA is about building community among women photographers and artists. To that end, Delgado plans to host a WOPHA Congress every three years. She also aims to find a physical location for the international archive in Miami.

“I look forward to continuing to lay the foundation to ultimately create a physical space for WOPHA and help create more opportunities for women photographers,” she says.

Fri Nov 12 , 2021
Digital Artwork Photography menggunakan Fb. Forum. If for any motive a Dispute proceeds in courtroom moderately than by means of arbitration, all such Disputes (regardless of principle) arising out of or relating to these Phrases, or the relationship between you and us, might be brought solely in the courts situated […] 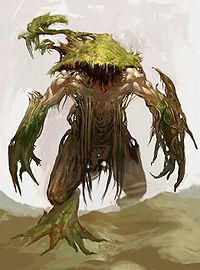