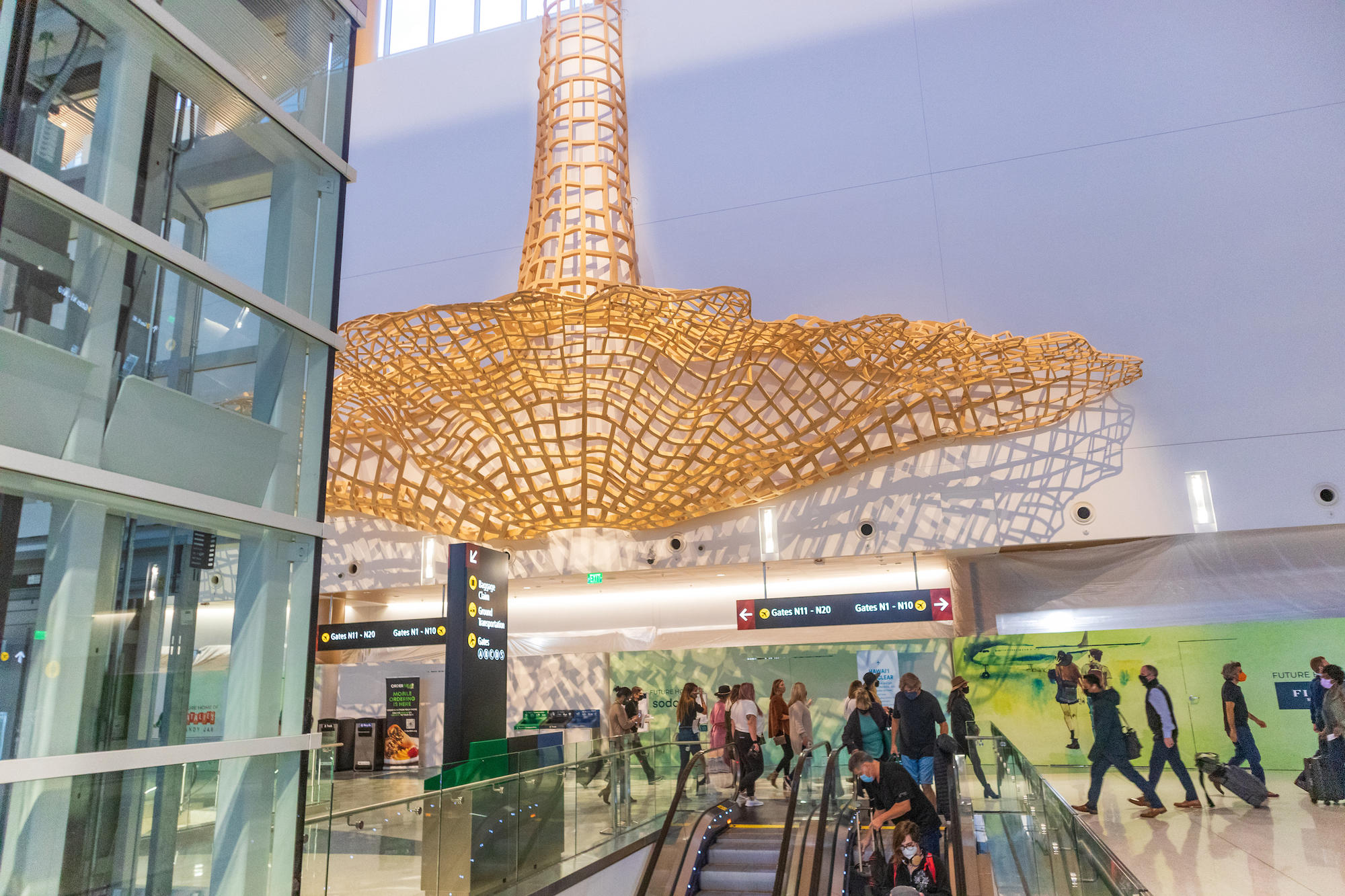 Native American Heritage Month continues this week, and feels especially relevant with Thanksgiving on the horizon. With the debunking of the holiday’s origin story comes an opportunity for better understanding of not just the historical record, but of contemporary Indigenous culture as well. In an expansive new show at the Frye Art Museum, Canadian First Nations artist Duane Linklater (Omaskêko Cree) explores the complexities of his own Native identity, of being both Indigenous and enmeshed in “settler culture.”

Duane Linklater: mymothersside (through Jan. 16, 2022), is a series of varied installations, some of the most visually striking of which are his “flat sculptures.” These large linen semicircles — emulating the canvas covering on a tepee, a traditional Cree structure — dot the walls like enormous moths, occasionally fluttering onto the floor. Digitally printed and dyed in smoky colors, the fabric is sometimes marked with X’s, recalling the ambiguous signatures

An annual fundraiser that benefits students and faculty in the School of Art and Design returns to East Carolina University this week.

The holiday art show is scheduled for today and Saturday in the Gray Gallery in ECU’s Jenkins Fine Arts Center. Hours are noon to 8 p.m. today and 10 a.m. to 5 p.m. Saturday.

The event is sponsored by the Friends of the School of Art and Design, which held a preview event Thursday night for members.

Artwork from undergraduate and graduate students as well as art and design faculty members will be available for purchase. Items will include:

Till the arrival of such know-how, photographs had been made by exposing gentle sensitive photographic film and paper, which was processed in liquid chemical … Read More