What’s up with that?

The Woodinville eighth-grader has made a name for himself in the art of “forced perspective” photography, a technique that creates an optical illusion by altering the perception between objects.

“I have a little platform that I use to put the vehicle on, and I use my phone and it looks real,” Anthony said. The illusion is achieved by getting low to the ground at just the right angle with his camera, and he nails it with minimal editing.

Anthony has taken thousands of photos that are sold online in a book, calendar, prints and cards at anthonyryanschmidt.com. His work is exhibited in the Arts of Snohomish gallery on First Street.

Anthony, who is on the autism spectrum, started taking photos with a cellphone at age 6, when he captured an image of a model wooden car at the beach.

His parents, Ramona and Mark Schmidt, marveled at his pictures. A few years later, his mom shared his photos on a neighborhood Facebook group.

“I wasn’t that cool or famous back then,” said Anthony, standing in front of a display of his matted and canvas prints going for $25 to $150. “But look at me now. Selling in art galleries.”

He’s actually a humble young man with a keen sense of humor. He had this reporter laughing at his wit and jokes.

Anthony Schmidt works on setting up a scene in front of Everett High School for his photo shoot using forced perspective photography. In the resulting photo, the model car looks life-sized and real. (Olivia Vanni / The Herald)

His consuming interest in cars became his family’s passion, as well. His mom is his marketing manager, chauffeur and agent. His 80-year-old grandmother, Betty, assists with orders. His brother, Alex, 8, is a budding car expert.

Anthony, who does online schooling, has a huge social media following. A recent TikTok post got 1.1 million views.

His mom said some of Anthony’s followers question why autism is mentioned in relation to his photography. Her response: It is because of autism that he creates these beautiful works of art, not despite it.

Anthony’s artist statement: “It’s just a diagnosis, it doesn’t mean you can’t have a great life.”

“They treat him like a peer, not a kid,” Ramona Schmidt said. “They are older guys who were teenagers when these cars came out. To see a young guy like their era of cars is a big deal to them.”

It’s a big deal to Anthony, too.

“Before, his life was being excluded from things,” she said. “Now he’s being embraced and included and sometimes even the VIP and it makes him feel so special.”

Anthony Schmidt uses his iPhone to take photographs of a model car in front of Everett High School. (Olivia Vanni / The Herald)

His followers often give him model cars, but one took it a step further.

Greg A. Wilkinson was impressed by Anthony’s car photos on the Woodinville Facebook group page.

Anthony Schmidt does a quick repair of a rearview mirror that fell off one of his model cars during a photoshoot in front of Everett High School. (Olivia Vanni / The Herald)

“He liked cars so much and I thought he’d like my ’57,’” Wilkinson said. “I’m getting up there and I thought, ‘I’ll will the car to him. He can have it when I’m gone.’ And then I thought, ‘Why wait? Why not give it to him now?’ I’m having more fun watching them drive it around. I have been rewarded a thousand times over.”

Anthony named the car “Betty” after his grandma.

Over the weekend, Anthony and his mom took Betty the car to Winterfest, with it decked out in a red bow and Christmas lights. He’ll be back in the passenger seat at the Woodinville Christmas Light Cruise on Dec. 19.

He hopes it’s the first of many bigger cars in his collection someday.

“People think there’s a big outfit fulfilling these orders,” Ramona Schmidt said. “It’s Mom and Grandma packaging away off the dining room table. It’s to put away for his future. When you’re on the autism spectrum, you never know what the future holds.”

Anthony Schmidt works on setting up a scene in front of Everett High School for his photo shoot using forced perspective photography. In the resulting photo, the model car looks life-sized and real. (Olivia Vanni / The Herald)

Anthony Schmidt uses his iPhone to take photographs of a model car in front of Everett High School. (Olivia Vanni / The Herald)

Anthony Schmidt does a quick repair of a rearview mirror that fell off one of his model cars during a photoshoot in front of Everett High School. (Olivia Vanni / The Herald)

Wed Dec 8 , 2021
Art Zone’s Nancy Guppy joined New Day NW to share art and music events you won’t want to miss. Plus, some crafty gift ideas! #newdaynw The Pacific Northwest is known for its natural outdoor scenery, but there are plenty of man-made wonders here as well, from art to music. Art […] 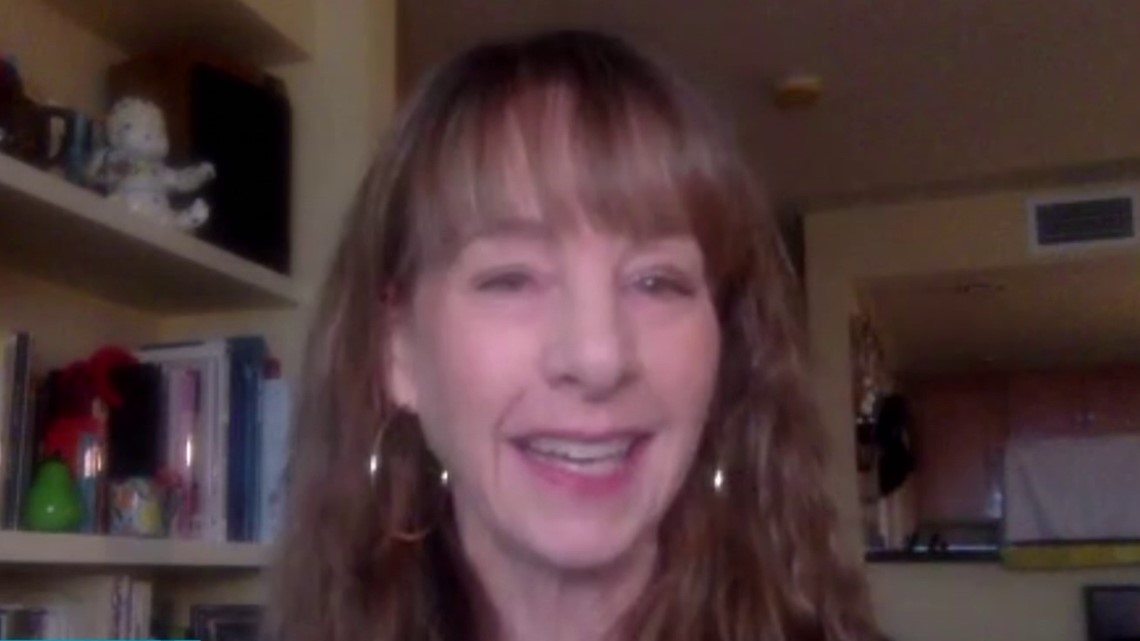