Art lovers are encouraged to visit the Voterise art sale while reacquainting themselves with local artists during the Arts Council of Park City & Summit County’s Winter Arts Showcase this weekend at the Utah Film Studios.

While the showcase takes place on the building’s ground floor, Voterise, a nonpartisan nonprofit whose mission is to increase voter registration and turnout among the state’s younger population, underrepresented communities and more than 300,000 eligible but unregistered women, will present Art 4 Action, an art sale on the studio’s upper floor, said Voterise founders Dick and Elsa Gary.

Art 4 Action will run from March 18-20, and will feature art and pop-culture memorabilia that include paintings by disco singer Donna Summer, photography by Andy Summers, who was the guitarist for The Police, as well as works by local artists Tom Kelly and Susan Swartz.

“The house is a mess right now,” Dick Gary said. “We are in the process of inventorying and pricing each piece.”

Some of the works the Garys are cataloging include pieces from artists they have met or worked with during other Art 4 Action events, said Elsa Gary, who will also sell her own digitally manipulated photos during this weekend’s sale.

Some of the notable offerings include photos autographed by Ozzy Osbourne and his family, the cast of “Sex in the City,” a framed “Dumb and Dumber” movie poster signed by star Jim Carrey and poster art signed by the band Korn, she said.

“We also have some colorful and urban-flavored art prints by Justin BUA and Chor Boogie, a self-portrait by Leonard Cohen and an acrylic painting by 9-year-old artist Carmel Rephaeli,” Elsa Gary said. “Some of the work we bought ourselves over the years, and some we acquired at the other fundraiser shows we presented in the past. We will keep the prices as affordable as we can.”

All Art 4 Action attendees will receive an Artbucks certificate that will give them a $25 discount, Dick Gary said.

The money raised from the sales will benefit Voterise, which the Garys founded in 2016, a few years after the Citizens United Supreme Court decision in 2010.

“We worried after that our elections would eventually become like auctions, so we wanted more people to get out and vote,” Dick Gary said. “We wanted to get more young people involved, because in the 2014 midterm, only 8.15 of Utah’s population between the ages of 18-29 voted. We were 60% behind the national average.”

When the Garys secured the Utah Film Studios, which is donating the space for the sale, for Art 4 Action, they checked their calendars to see if it would interfere with other events.

When they saw the Arts Council of Park City & Summit County was going to do a show, they called arts council Executive Director Jocelyn Scudder.

“We decided that it would be great to work together,” Dick Gary said.

Scudder also saw the benefits of presenting two arts and cultural events together.

“It seemed like a great opportunity to give residents and visitors a one-stop-shop and visual art experience,” she said.

Fri Mar 18 , 2022
After two years, the virus’s influence on news, politics, and our lives has changed, though hardly waned. But the aesthetics of the pandemic have stayed mostly stagnant: masks, vaccines, syringes, and illustrations of little balls with spikes. The visual monotony of the crisis has put art departments at news organizations […] 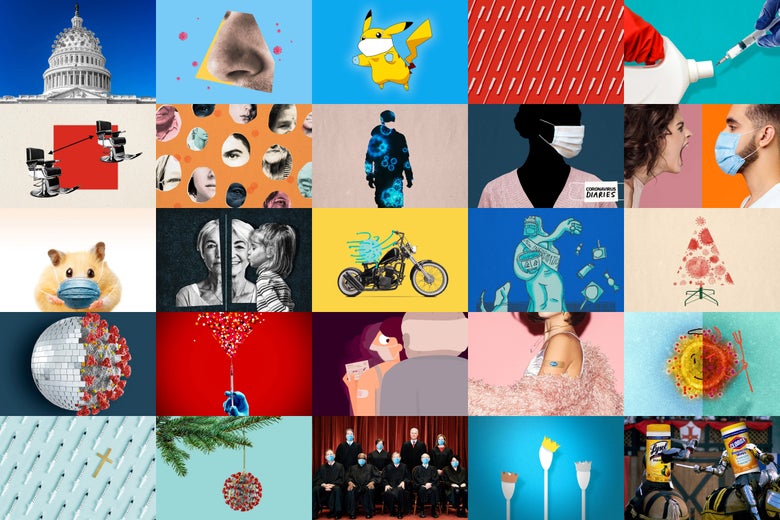 how to get a business loan