The Historic General Dodge House has been awarded a $2,600 Humanities Project Grant by the Iowa Department of Cultural Affairs to establish a unique art exhibit.

The exhibit, which will be displayed at the Beresheim House, the next-door companion to the Dodge House, will feature 40 paintings and sketches by artist George Simons, including some of the earliest images of Council Bluffs, and contemporary photographs of the same areas by local photographer Buck Christensen.

The department awarded 31 grants totaling $364,760 to support public humanities projects and educational programs in 17 Iowa cities that encourage contemplation, spark conversation and invite communities to explore the human experience. Funding for the new program comes from the National Endowment for the Humanities, a federal agency that last year recognized the Iowa Department of Cultural Affairs as its interim state humanities council partner in Iowa.

The Dodge House already has many of Simons’ work in hand, according to Tom Emmett, executive director.

“We have the majority of his surviving paintings in our permanent collection,” he said. “One is among the earliest, if not the earliest, of Omaha (in 1854).”

Simons also did early paintings of Council Bluffs, Emmett said. They show a bird’s-eye view of the city’s early structures and the hills that overlooked them.

“We have one of them — probably the second-oldest painting of Council Bluffs,” he said. “In addition to the paintings George Simons did, he also did a lot of sketches.”

The Dodge House, Council Bluffs Public Library and Pottawattamie Arts, Culture and Entertainment own most of them, Emmett said.

“It will give Council Bluffs folks a little sense of place, time and perspective,” he said.

The Dodge House will gradually convert one room in the Beresheim House into a George Simons exhibit and develop a new website that will show some of the images, Emmett said. It also hopes to obtain additional works by Simons that the local institutions do not possess. The artist’s remaining known works include more than 100 sketches and 17 paintings.

The grant funds can’t be used until 2022, so Christensen’s photography and the exhibit of Simons’ work won’t appear overnight, Emmett said.

“It’ll be developed over the next few years,” he said.

Get local news delivered to your inbox! 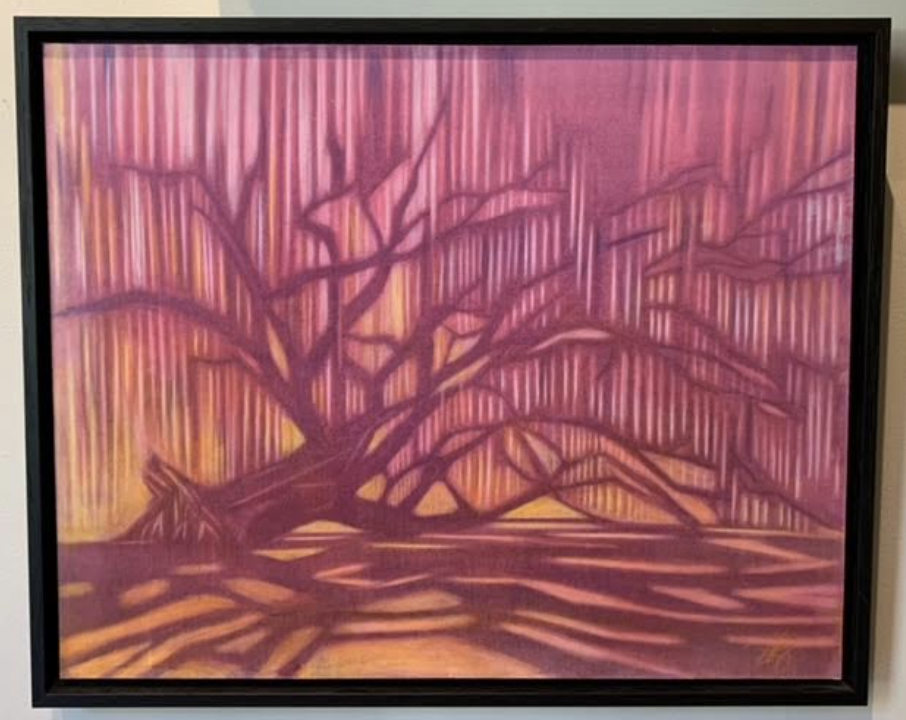