This article is part of our latest Fine Arts & Exhibits special report, about how art institutions are helping audiences discover new options for the future.

During the pandemic, Isolde Brielmaier, curator at large at the International Center of Photography, began wondering how Black photographers were navigating that crisis — particularly as the battle for racial justice heightened after the murder of George Floyd and the 2020 presidential race played out.

So she picked five emerging photographers, all of whom live in the United States, who she said are “representative of a generation coming up today.’’ The result is “Inward: Reflections on Interiority,” an exhibition of 47 images that draws on the genres of self portraiture.

Included in the exhibition are works by Djeneba Aduayom, Arielle Bobb-Willis, Quil Lemons, Brad Ogbonna and Isaac West that go “beyond simply documenting the world in which they moved,” Ms. Brielmaier said. “This is a generation who has a certain sense of freedom to work across what used to be fairly firm boundaries.”

The photographers were directed to use their smartphones — “their image-making tool,” she said — and turn the lens on themselves. “And they are sharing images that reflect their interior lives,” Ms. Brielmaier said.

The show at the International Center of Photography on Manhattan’s Lower East Side, which runs until Jan. 10, is one of many across the United States that is spotlighting the work of Black photographers, as well as artists from other racial and ethnic groups.

Museums and galleries in Los Angeles, St. Louis, Boston, New York and Richmond, Va., among others, have been featuring works that show the range of art being created by once-marginalized artists, and provide insights into their outer worlds and individual perspectives.

The works cover a variety of styles and focus, including portraiture, conceptual pieces and fashion photography. The artists are both newcomers and others who already are established in the photography world.

For Mr. West, who has shot for Vogue Italy and is one of the “Inward” artists, the camera has allowed him to express himself, he said. Initially interested in creative direction, he had taken a few photography courses but turned to others for shoots.

“If I had an idea I would go to a photographer friend and we would bring it to life,” he said. But he said he got impatient waiting for others to realize his ideas and began taking pictures himself.

A show at the Virginia Museum of Fine Arts in Richmond, “Requiems: Reframing History through the Photographic Lens,” aims to “show how photographers become more than documentarians,’’ said Valerie Cassel Oliver, the museum’s curator of modern and contemporary art.

The exhibition, which runs until Nov. 7, was conceived by Ms. Oliver to explore some of the most turbulent moments of the 20th century, including the assassinations of Malcolm X and Medgar Evers. The works were created by three photographers, Dawoud Bey, Marilyn Nance and Carrie Mae Weems.

Mr. Bey just had a major photography show at the Whitney Museum of American Art. That exhibit, “Dawoud Bey: An American Project,” included some of his street portraits in Harlem, as well as works from a more recent project: large-scale gelatin prints imagining an escape from slavery on the Underground Railroad. The prints were made when Mr. Bey traveled a path in northeastern Ohio followed by fugitive enslaved people trying to make their way toward freedom.

Photographs by the queer and nonbinary artist Jess T. Dugan are on view at the Saint Louis Art Museum in “Currents 120: Jess T. Dugan,” which runs until Feb. 20. The artist, who prefers the pronoun “they,” said they were concerned about working indoors during the pandemic so began creating lyrical portraits outdoors.

Eric Lutz, co-curator of the exhibition with Hannah Klemm, associate curator of modern and contemporary art, noted that the works reveal a more expansive sense of space and color palate from the artist.

“It is fascinating because they took what could have been a limitation and turned it into an opportunity to creatively expand their practice,” Mr. Lutz said. He added that: “Even though Jess is concerned with gender issues, ultimately the work is about human connection at a time when that is so important.”

The Denison Museum in Granville, Ohio, is showing the work of a Native American photographer, Will Wilson. The show is tied into a year- long symposium at Denison College, “Imagining Together: Indigenous Activisms and Feminism.”

Mr. Wilson’s exhibit, “In Conversation: Will Wilson,” which runs until Nov. 19, includes large images of Native American people, and also focuses on issues related to the environment.

Next spring, in a bid to leave the tragedy of the pandemic behind, the Cleveland Museum of Art is planning to show “The New Black Vanguard: Photography Between Art and Fashion.”

The exhibit will include work by Tyler Mitchell, 26, who was the first Black person to shoot a Vogue cover.

Planning for the show took place “in the middle of protests related to Black Lives Matter,” said Barbara Tannenbaum, the museum’s curator of photography. “So much of the art that people were talking about dealt with Black trauma, and we wanted to offer another side of Black life and emphasize Black creative power.”

Many of the exhibitions feature Black women photographers. Of the five photographers in the International Center of Photography show, two are women. And of the 39 photographers slated for the Cleveland Museum of Art’s 2022 exhibition, 17 are women, Ms. Tannenbaum said.

The Institute of Contemporary Art, Boston is opening a show of works by Deana Lawson (Nov. 4 to Feb. 27), winner of the 2020 Hugo Boss Prize, the first time the contemporary art award had been given to a photographer.

“This is the first museum survey of her entire body of work,’’ said Eva Respini, the institute’s chief curator. Ms. Lawson is best known for her strikingly intimate photographs of people posing, often surrounded by unexpected objects.

The California African American Museum in Los Angeles is exhibiting the work of LaToya Ruby Frazier. “The Last Cruze,” which runs until March 20, chronicles the closing of the General Motors plant in Lordstown, Ohio, in 2019, and the impact on its workers. Ms. Frazier’s family migrated from the South to Braddock, Pa., the home of Andrew Carnegie’s first steel mill, and her life experience provided an intimate perspective on the costs of plant shutdowns.

“The intention was to show the true value of labor and solidarity,” Ms. Frazier said of “The Last Cruze.” “We desperately need it right now.”

An exhibition at the Salvador Dali Museum in St. Petersburg, Fla., “The Woman Who Broke Boundaries: Photographer Lee Miller,” focuses on another woman photographer. Ms. Miller, who died in 1977, was a portrait photographer in Paris in the 1930s, as well as a photojournalist in World War 11. The show closes Jan. 2.

In a show that closed earlier this month, the Metropolitan Museum of Art’s “The New Woman Behind the Camera,’’ the museum explored the work of women photographers around the world in pictures taken from the 1920s to the 1950s. For those women, photography offered a vehicle of expression in a time of limited choices.

“Photography was a mode of personal and professional expression,” said Max Hollein, the Metropolitan’s director. “The camera became a tool of empowerment. It allowed women to make their own life choices and gave them a chance for broader choices.”

A number of curators noted that progress has been made and women of minority groups have reached some degree of recognition.

“For this exhibition, they are already highly visible,’’ Ms. Brielmaier said of the International Center of Photography exhibition. “They have big followings. A lot of the paths have already been set by women like Carrie Mae Weems and Mickalene Thomas. As far as exhibitions there have been inroads made.’’

Closing the gap in sales is another story. Ms. Respini of the Institute of Contemporary Art said, “Men and white men in particular still do better at auction, but it is less of an issue than it once was.”

The museums are hoping that exhibitions focused on works by diverse artists will draw new visitors and memberships. “We are always looking for ways to allow the community to see itself reflected,” said Ms. Cassel Oliver. “Any museum worth its salt is seeking ways to do that. It is an attempt to have some relevance. You need exhibitions that help the community see itself.” 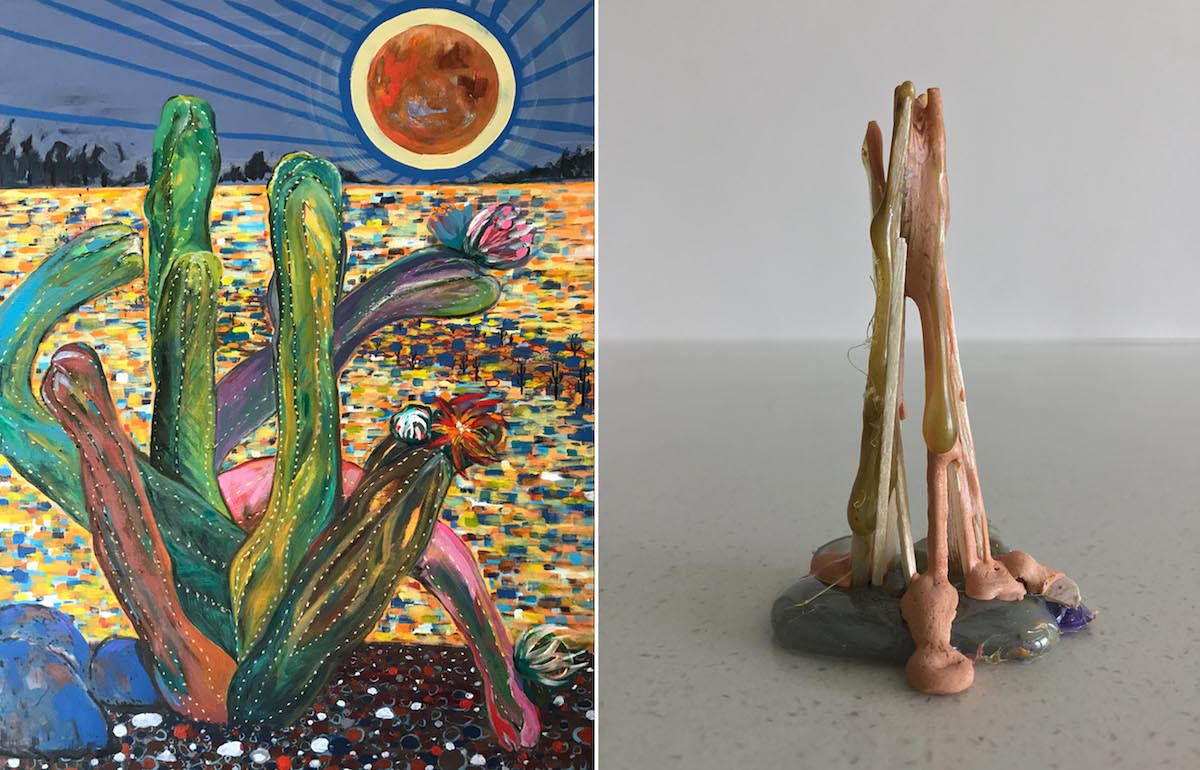