Today, we’re sharing the art an Argentine cannabis photographer currently living in Uruguay. In recent years, Lelen Ruete has become one of the most prominent figures in marijuana photography in Latin America.

Her inspiration, she tells us, comes from what the plant itself proposes.

“I am learning about it and everything that happens around it inspires me: its shapes, colors and textures… but also its history, its botanical characteristics, all the information there is to give and everything there is to teach to many people who do not know anything on the subject,” she explains.

But Lelen also likes to tell stories. With a background in the fashion world, Lelen Ruete seeks to combine the classic style of fashion editorial stories with the photography of cannabis plants.

“I think there is a very powerful fusion in that. I am inspired by the spiritual relationship between humans and plants and the analogy between the two species,” she said.

Getting to know the cannabis space

Lelen started taking photos of cannabis thanks to a friend who was a well-recognized grower in Uruguay. “When I saw his plants I went crazy for photographing them,” she said.

That first session included photos of live plants and cured buds. Lelen’s talent was evident from day one. In fact, it only took her friend to share some of her photos on Instagram for the organizers of the Kangaroo Cannabis Cup (Copa Cannábica Kanguro) to contact her to photograph the samples of the participants.

This, says Lelen, was the job that led her “to really enter” and start stepping into the cannabis world and get to know the growers and their work.

“At first I was only interested in doing it, for the incredible photos that came out of those shapes and textures with light, and as a second objective I left open the possibility of dedicating myself more to those types of photos,” she continues.

Over time, Lelen learned about cannabis and the culture that exists around the plant. This eventually led her to rethink her goals, to evolve.

“I began to want to show all the work behind it, the sacrifice and passion that creating such plants requires,” says Lelen. This research and exhibition became her passion.

“As I work more on that, I am more and more committed to the subject, and the objectives and ideas are reproduced. At this moment I am already interested in revolutionizing the world´s view towards Cannabis, my idea is to present it from a new perspective and with a different visual work from the one that is being used.”

Do you want to be a cannabis photographer?

There are some jobs that make you think: how can this be a real job?

Until recently, that list included things like being a food reporter, video game tester, and a few other professions. Apparently, the catalog has now been expanded to include cannabis photography. In fact, here you can find the story of another cannabis photographer, Emily Eizen.

But is cannabis photography a viable career?

Lelen says it is; but points out that, like in any other career, it takes time to make a name for yourself, and attain steady jobs.

“Being a photographer in a small country like this one implies doing a little bit of everything. I, in addition to cannabis, take photos of other things,” she said. “But the percentage of my cannabis work grows and became a priority.”

The reasons are many. On the one hand, says Lelen Ruete, marijuana photography “is a beautiful job in which creativity is rewarded. Where there is not a long way to go, then there is everything to do. In which millions of ideas flow to me and are all welcome.”

“The plant itself is artistic and I propose to enhance it.”

Beyond personal satisfaction, Lelen has a mission: The industry needs the kind of art that she makes.

“At this time of the cannabis boom there are more and more companies and people who are dedicated to this and who need visual work to be able to distinguish themselves from the rest. A good visual work speaks of the personality of the brand, conveys a message, is the voice of the brand,” she says. “We live in the era of the image and visual actions have a lot of power. My role as a storyteller is important to change the perception of cannabis in society, generate a social impact, and to understand that cannabis work is professional and that it can be elegant.”

“As the cannabis world grows, I think there will be more place for my career and this will happen when cannabis entities begin to have a budget designated for visual work, as do the most experienced companies of other products in the world of advertising or fashion,” she concludes. “It is the way to reach the end consumer or target audience with a strong message. Otherwise, cannabis is a commodity with no message whatsoever, I believe that it is searching for its identity and going down that path as it becomes more professional.”

But what about the law?

Finally, we asked Lelen about the legal issue.

She says her work is directly affected by the legality of cannabis in Uruguay. Living in the pioneering country in legalizing cannabis for adult or recreational use provides Lelen with access to huge crops that few possess.

“The fact that it is legal directly affects the quality of the cultivation: growers have access to better work tools and also to any training. That leads to incredible plants that I can photograph for foreign clients (for example, seed banks that prefer to photograph here where they have the most beautiful plants, at more affordable prices than in first world countries), or for my own projects,” she explained.

See also: We Tested Some Of The Best-Selling Cannabis Gear To See If They’re Worth The Hype

In Argentina, her native country, Lelen would never have had the same opportunities as in Uruguay. However, working on cannabis, even if it is legal, always comes with additional challenges. For example, when promoting her online store, Lelen cannot use Instagram ads.

“But that is changing and there is less and less room for prohibition. Regulation or legalization is key for the wheel to turn, for a cannabis company to ask for a loan from a bank, to invest in advertising or a visual story, to communicate and develop and thus reach a broader audience and grow.”

Lelan said she can work in any country and divides her time between exclusive sessions for a client, and artistic stories that she wants to tell.

“Then anyone in any country can buy a photo to decorate their home or postcards to send to their friends or dedicate their gifts,” she said. “You reinvent yourself and adapt as the situation evolves. Let’s hope we all enjoy legal cannabis soon.”

This article was originally published on El Planteo and translated by Marian Venini.

© 2020 Benzinga.com. Benzinga does not provide investment advice. All rights reserved.

Wed Jun 24 , 2020
On May 31st, 2020, the artist Christo Vladimirov Javacheff, better known simply as Christo, passed away at home in New York at the age of 84. Immediately after, some people posed the question “if all your art is temporary, what can you leave behind?” Still, it’s all but certain that […] 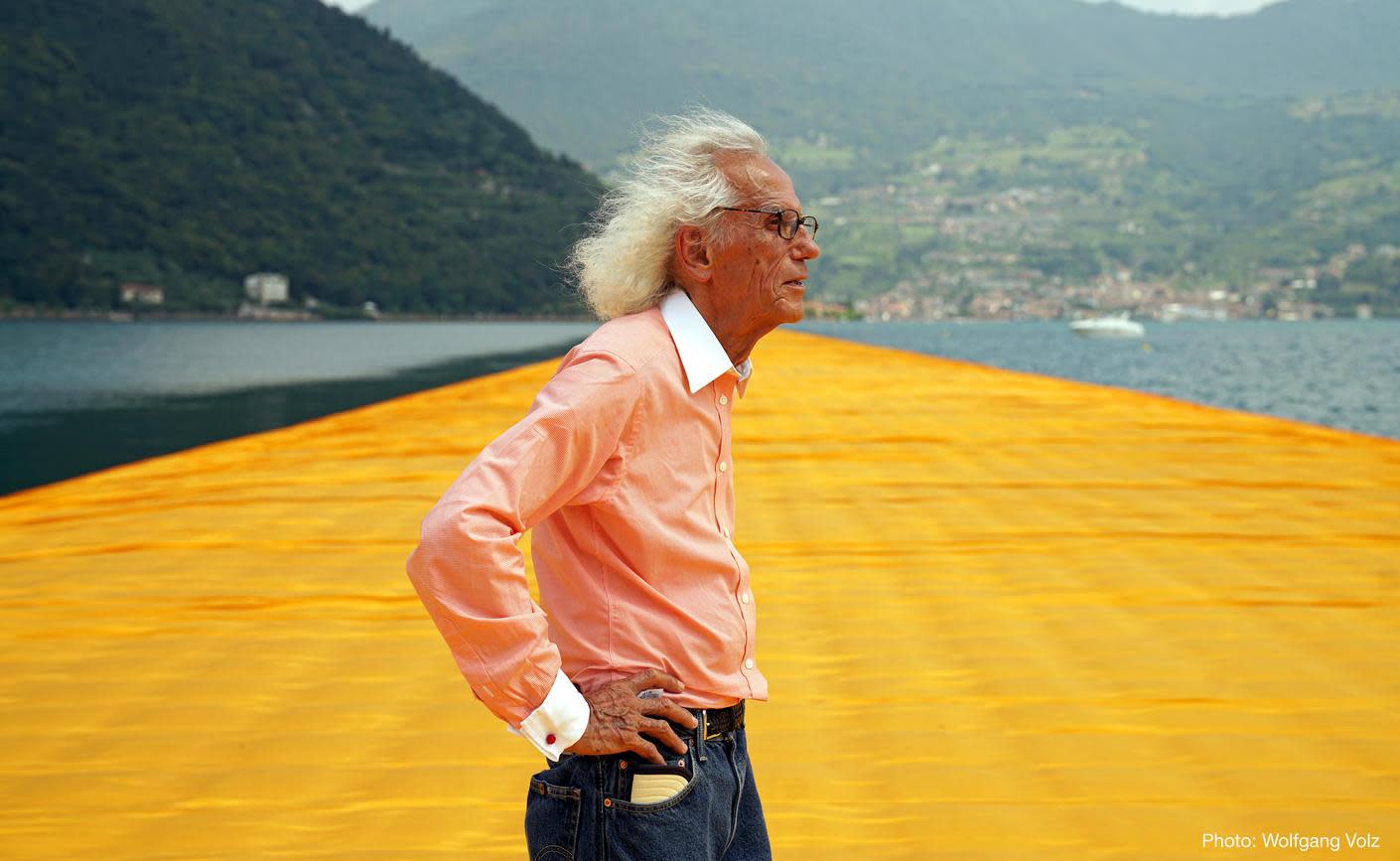