The film industry has been left shocked and in mourning after cinematographer Halyna Hutchins was killed on set when actor and producer Alec Baldwin discharged a prop firearm.

I’m in shock. I was so lucky to have had Halyna Hutchins as my DP on Archenemy. An incredible talent & great person. I can’t believe this could happen in this day and age… gunfire from a prop gun could kill a crew member? What a horrible tragedy. My heart goes out to her family pic.twitter.com/W479ch56Js

A rising star and a restless dreamer

According to her website, Hutchins was raised at a Soviet military base in the Arctic Circle and initially studied as a journalist, graduating from Kyiv National University with a degree in international journalism, before going on to work on documentary productions across Europe and switching to film.

On her Instagram page, she described herself as a “Restless Dreamer. Adrenaline junkie. Cinematographer” and shared photos of the “Rust” set.

Her final post, on Wednesday, showed a video of her riding on horseback in New Mexico.

Film director James Cullen Bressack commented on her post to say: “I will miss you my friend…. This is devastating.”

Other directors paid tribute to Hutchins.

“Archenemy” director Adam Egypt Mortimer said: “I’m so sad about losing Halyna. And so infuriated that this could happen on a set. She was a brilliant talent who was absolutely committed to art and to film.” He said in a further tweet she had “a brilliant mind.”

AFI Conservatory, a film school which is part of the American Film Institute, tweeted Friday: “As is profoundly true in the art of cinematography, words alone cannot capture the loss of one so dear to the AFI community. At AFI, we pledge to see that Halyna Hutchins will live on in the spirit of all who strive to see their dreams realized in stories well told.”

Baldwin was photographed looking distraught in the parking lot outside the Santa Fe County sheriff’s offices on Thursday after being questioned.

Investigations remain ongoing, with many people asking how such a tragedy could happen on a film set — 28 years after Bruce Lee’s son Brandon Lee was accidentally killed on set by a firearm.

The cinematographer who died when Alec Baldwin fired a prop gun and wounded the director.

But it’s Halyna Hutchins who lost her life. #SayHerName pic.twitter.com/8JmgHjckAg

Because most of the images linked to the tragic story on the set of ‘Rust’ are of Alec Baldwin, not the cinematographer, Halyna Hutchins, who lost her life today in such a tragic accident. Rest in Power. pic.twitter.com/n0nlJtJoRd

Sick and devastated to hear that my friend and rockstar cinematographer Halyna Hutchins was killed on set today in New Mexico. I don’t have words to describe this tragedy. I want answers. I want her family to somehow find peace among this horrific, horrific loss. pic.twitter.com/ElAQNMuQvR

My greatest fear is that someone will be fatally hurt on one of my sets. I pray this will never happen. My heart goes out to all of those affected by the tragedy today on Rust, especially Halyna Hutchins & her family.

We are deeply saddened to learn about the tragic death of our friend, Cinematographer Halyna Hutchins. You were an exceptional talent and will not be forgotten.
Rest in peace.❤️ pic.twitter.com/JQpDVbwfDO

I’m in shock. I was so lucky to have had Halyna Hutchins as my DP on Archenemy. An incredible talent & great person. I can’t believe this could happen in this day and age… gunfire from a prop gun could kill a crew member? What a horrible tragedy. My heart goes out to her family pic.twitter.com/W479ch56Js

Our hearts go out to the family of Halyna Hutchins and to Joel Souza and all involved in the incident on “Rust”. No one should ever be killed by a gun on a film set. Period. 💔

Deepest condolences to the family and friends of Halyna Hutchins. Crew should never be unsafe on set and when they are there is always a clearly definable reason why. #IASolidarity

Absolutely horrifying and devastating news about cinematographer, Halyna Hutchins. My heart goes out to her family.

Sorrow and absolute horror that cinematographer Halyna Hutchins was killed on set. This should never have happened. Thoughts with her family and friends. pic.twitter.com/rJGxOJHnnp

RIP Halyna Hutchins. I’ve worked on a few shows with guns involved and the safety protocols were so intense they ALMOST seemed excessive. There has to be better way. This is senseless

Only 5% of film cinematographers are women which tells you how talented and driven Halyna Hutchins had to be to make it in her field.
We need a full account of what happened on that set. No Hollywood cover up.

My heart goes out to Halyna Hutchins family. What a heartbreaking loss. Sending prayers to Joel Souza. I’m sure everyone is devastated. Alec Baldwin Fired Prop Gun That Killed DP and Wounded Director – Variety https://t.co/3apNSUokUb

Get the recommendations on what’s streaming now, games you’ll love, TV news and more with our weekly Home Entertainment newsletter!

Sat Oct 23 , 2021
Digital Art Pictures menggunakan Facebook. Limitation of Legal responsibility. Nothing in these Terms impacts any legal rights that you’re entitled to as a client underneath Japanese legislation which cannot be contractually altered or waived. Accordingly, if the contract concerning using the Providers pursuant to those Phrases is deemed a client […] 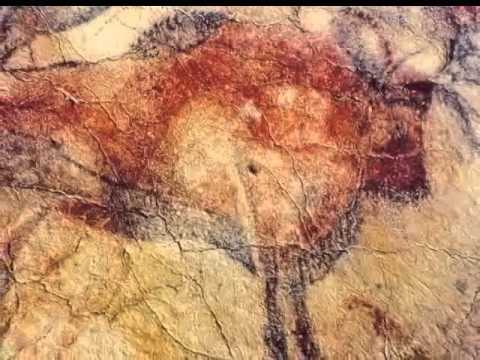