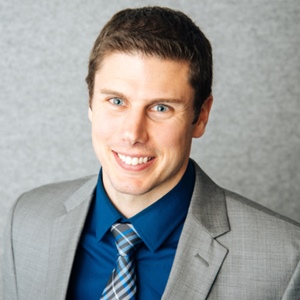 Reselling software gives you many of the benefits of a software business, without the upfront development cost.

That means you can enjoy recurring revenue, selling one product to multiple customers, and strong profit margins by white labeling a software tool that already exists.

These benefits are what attract many people to starting a SaaS, or software as a service, but you may not need to go through the trouble.

After all, there may already be a tool that solves the same problem. Could you become a software reseller instead of a software creator?

To help me learn more about reselling software (also known as white labeling), I connected with Chris Lollini.

Chris is a self-described “recovering engineer” who started a marketing agency as a side hustle 9 years ago. That agency evolved into a multi-6-figure white labeling operation called Reputation Igniter.

The business helps other small businesses earn more positive reviews for their work.

And while Chris definitely invested the time in growing his network and roster of monthly customers, it now takes him just 5-10 hours a week to run.

Tune in to The Side Hustle Show interview to hear:

Big thanks to my brother Chris for the intro!

Enter your email to grab the free resource now:

Success! The white label niche ideas will be in your inbox shortly. (If it doesn’t show up in 5-10 minutes, check spam/promotions.)

Something went wrong. Please check your entries and try again.

What is Software Reselling?

Software reselling — or white labeling — is when you take an existing software tool and add on your branding, sales and marketing, and frontline customer support.

Then you essentially play matchmaker — finding a common problem and pairing that with that software solution.

Think of it in terms of a physical product reseller. You buy the product at wholesale rates, and resell it at retail. Chris does the same thing, just with software.

Why Start a Software Reselling Business?

“It was an evolution, for sure. I started an agency, I was part of a BNI (Business Networking International) group, and I was trying to sell all these different marketing services,” Chris told me.

After two and a half years on that path, Chris said he “wised up” before delivering one of his presentations.

He knew he wanted to get into a more commodity-driven business, and brainstormed some ideas with his wife.

Chris explained that his wife told him he needed to sell something that was easier for him and his customers to wrap their heads around.

Essentially she was telling Chris he needed to niche down and come up with something that was easier to explain and sell to people.

That’s when Chris came up with the idea for Ignite.reviews — a reputation management service that helps businesses get more positive customer reviews.

Like most side hustles, it’s helpful to start with the pain or problem you’re solving for customers. If you’re familiar with a pain point your customers have, Chris said it’s not that difficult to find software already out there to white label to solve it.

To see what software tools are available to white label, you can download the free bonus above, or check a directory like ThatCompany. 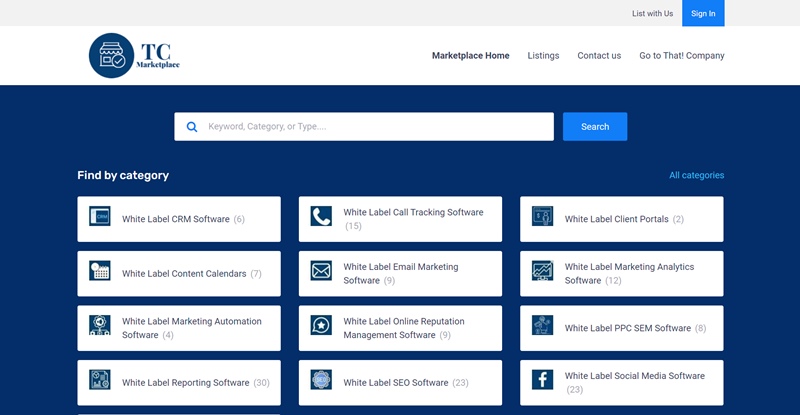 How to Choose a Software Reselling Niche

Chris said he had his “aha” moment to start Reputation Igniter after the conversation with his wife.

But he also knew it was going to be a good niche from looking at how his own clients’ businesses were performing.

The difference between those experiencing good results versus great results was how actively they were pursuing reviews. On top of that, there were already several tools that were effective in helping businesses collect those reviews.

Chris was also looking to move into a business that was more scalable, so this white labeling model made perfect sense.

Chris explained that he was already offering a reputation management service through his agency.

So, as he wound down his agency, Chris retained a lot of his clients using his reputation management services.

He also had a lot of inquiries coming through his BNI meetings after his value proposition became easier to understand.

This validated the fact that simplifying his service made it easier for people to understand what Chris is offering and how his business can help them.

Software resellers like Chris buy software access at wholesale rates, and resell it at retail. He explained that the software companies will sell bulk “seats” to their product at heavily discounted rates.

This is because they don’t have to worry about customer acquisition costs anymore — that’s your job now!

The terms and costs will vary depending on the product. Chris said it’s normal to expect to pay for a minimum number of seats per month.

Why Wouldn’t Customers Just Go Straight to the Source?

When you find software, you’re probably wondering what’s stopping customers from going directly to the seller.

Chris said this is where your ability to offer added value plays a huge role.

One way Chris makes his offer more attractive to his customers is that he doesn’t do contracts — all of Chris’ plans are month-to-month. Chris is confident his customers will see the positive results each month and keep paying.

Plus, the retail price they might pay by going direct is often similar to what they’d pay a reseller like you. 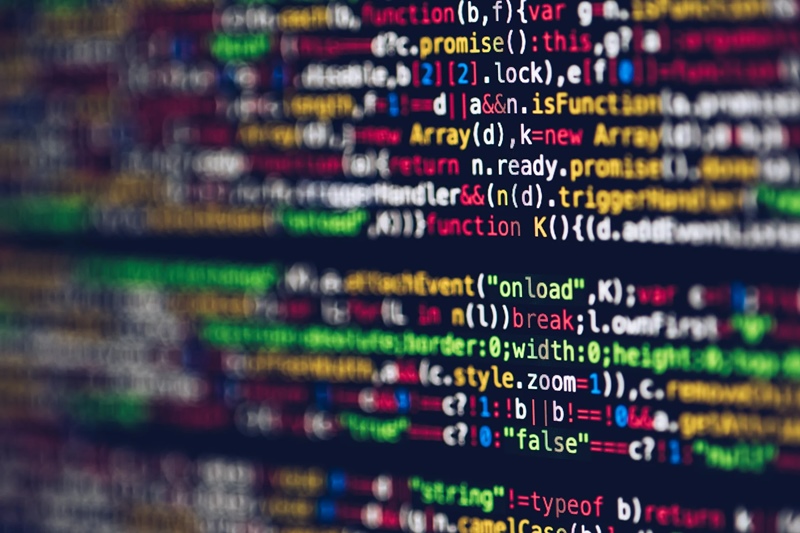 How to Price a White Label Software Product

“I’m going to put this at a price point that leads to an expectation that it’s not a lot of my time, but gives access to a tool,” Chris explained about how he set his pricing.

That’s how Chris came up with the price point of $97 a month for his lowest plan.

A lot of the features are dictated by the software Chris is reselling. However, Chris has also had some features built himself and added these to his plans.

This is another way he’s been able to add value to his plans and differentiate himself from his competitors.

White labeling software is not without its risks or problems.

Some of the issues Chris has encountered — or that you should be aware of — are:

Chris explained that for these reasons, establishing good communication with the sellers of the software you’re using is important.

Since he’s considered a “power user” with some of the software he resells, he’s able to talk directly with the seller about upcoming changes with the software and give them feedback.

How to Market a White Label Software Business

Chris started out marketing Reputation Igniter during his lunch break while working his engineering job.

He would sit in his car at lunch and cold call roofers, plumbers, dentists, and other small businesses he saw as potential customers.

For his pitch, Chris said he would say that he wanted to interview them as a way of offering value and starting a conversation with them.

Chris would record a short video using Google Hangouts. For example, he might ask a chiropractor for their top 5 recommendations for finding a chiropractor.

Chris said these videos would rank pretty well for keywords like, “Chiropractor in Seattle,” so it was an easy value-add for the customer.

After a few days, Chris would check back in with the customer and ask them about what their strategy was for getting more customer reviews.

This would lead in to him explaining what Reputation Igniter does and how he could help them.

Within the first 12 months, Chris said he’d built up $2,500 a month in recurring revenue using this method.

With Reputation Igniter more established, most of Chris’ new business comes from referrals and introductions.

“What I realized is that most business owners really pay attention to their email inbox, provided that somebody they trust makes a recommendation,” Chris told me.

Chris said he’s gone all-in on building key referral relationships, and this is what’s driving all of his new business.

Chris makes most of his new connections simply by delivering a good service to his current customer base and keeping in contact with them.

Sometimes he asks to be introduced to other business owners, and sometimes he’s recommended organically by someone who loves his service.

How Much Can You Make as a Software Reseller?

“It’s multiple 6-figures and the profit margins are extremely healthy, so the good majority of that goes right into my pocket,” Chris told me.

Chris said his business has been growing every single year, with the exception of 2020 when he saw a very small decline (as many businesses did during the pandemic).

Last year, Chris said he grew his monthly recurring revenue (MRR) by 50%, and his goal is to grow that another 50%.

The other metric Chris keeps an eye on is churn—how many customers cancel each month. With strong relationships and strong results, losing customers to churn is pretty rare though.

A Day in the Life of a Software Reseller

A few years ago, Chris admits he was working 60-hour weeks.

However, through some prioritization and the need to improve his lifestyle, Chris said he now works 5-10 hours a week.

This time is mostly spent on customer service and following up on referrals.

A typical day for Chris involves doing his morning routine, then spending time with his family.

His work day often starts around 11am, before going back to family time in the late afternoon.

“It’s much more of a lifestyle business,” Chris explained. “I’m not here to purchase the moon.”

What Would You Do Differently?

“I think I would have sought out the perspective from a couple of successful entrepreneurs earlier on,” Chris told me about what he’d do differently if he did things over.

In this book, James talks about motion vs. action. Chris said millennials love to be in motion—reading, learning, etc.

But it’s important to ask yourself, “what are you actually doing that’s moving the needle forward?” Chris said.

Chris said he’s at the point in his business where he wants to “pay this forward.”

He said he’s not the only one who deserves this type of lifestyle and wants to help others achieve the success they’re aiming for.

Chris’ #1 Tip for Side Hustle Nation

“Find somebody who’s gone before you, and do whatever you need to do to earn their mentorship and guidance.”

Enter your email to grab the free resource now:

Success! The white label niche ideas will be in your inbox shortly. (If it doesn’t show up in 5-10 minutes, check spam/promotions.)

Something went wrong. Please check your entries and try again.

Links and Resources from this Episode

The award-winning Side Hustle Show is a
Top 10 Entrepreneurship podcast
with over 1,000 5-star ratings!

Listen in your favorite podcast app or directly in your browser.

Sat Apr 16 , 2022
[ad_1] Education is undergoing something of a revolution. More children are learning in remote environments than ever before, and skills like penmanship and public speaking are being replaced with digital literacy lessons. These changes can help more children gain access to high-quality education and ensure that students are competent with […]