In Kid Creole and the Coconuts’ irrepressible 1980 song Darrio, a klatch of female backup singers bouncingly plead with the titular gentleman to get them into Studio 54. The otherwise obliging Darrio enumerates why he cannot (“That’s the only thing that money can’t buy”), before finally admitting “my kind of heaven is Club 57,” the late-70s/early-80s East Village hangout that was the antithesis of a disco. The New York Times in 1980 described the band as “the Marx Brothers meeting Carmen Miranda in Bob Marley’s Kingston”.

The song – and the genre-bending act – is a tidy time capsule of the New York music and nightlife scene of the time, which is the focus of a new exhibition at the Museum of the City of New York. Coinciding with the 40th anniversary of MTV on 1 August, New York, New Music: 1980–1986 is organized around 14 key moments and features more than 350 objects, including video footage, photography, artifacts and ephemera. It was an era of experimentation and genre synthesization, from no wave to pop, hip-hop, salsa and jazz, all flourishing in a dynamic arts scene that cavorted across clubs, bars, theaters, parks and art spaces and spilled into the streets.

New York City at that time proved a uniquely fertile artistic breeding ground for work that continues to influence culture today, according to Sean Corcoran, the museum’s curator of prints and photography, who previously organized exhibitions on mid-70s graffiti art and early hip-hop photography. “Ed Koch was mayor, the city was getting back on its feet after a major fiscal crisis,” he said. “It was still a gritty city, before gentrification really took over. Artists could afford to live in the city – they didn’t have to scramble to make rent, so they could concentrate on their work. You could afford to experiment.”

Familiar faces abound in the exhibition, including images of Madonna, Cyndi Lauper, Debbie Harry and a teenage LL Cool J. But its emphasis is on the artists who pushed their music in new directions in 1980s New York City. Talking Heads, for example, played their first show at CBGB in 1975, but the exhibition focuses on a 1980 Central Park concert that showcased an expanded lineup of musicians and foregrounded the band’s new Afrobeat influences.

“There’s a lot of important music made at that time that a lot of people don’t know about,” Corcoran said. “We’re hoping to encourage some musical discovery or rediscovery, to raise awareness about the different kinds of music. We want to give people an opportunity to expand their musical horizons a bit.”

After all, there’s a strong preconception of music from that era. “When people think of 80s music, they think pretty exclusively of pop music because of MTV – they made stars out of artists like Madonna,” says Corocoran. “But I’m trying to show the wide range of music and cultural scenes happening in the city at the time. The disco era and the punk movement of the 70s tends to get a lot of the spotlight, but the music just a few years later was as vital and experimental.”

That includes transgressive, experimental music made by groups like DNA and avant-garde compositional work by artists such as Laurie Anderson and John Zorn. Jazz continued to be important in the city through the work of artists like Henry Threadgill and the Fort Apache Band, which melded Latin rhythms with jazz. And salsa was just as vital as it was in the 70s, during the heyday of the Fania Records label.

“What really surprised me was how interconnected all of this music really was,” Corcoran notes. “If you look at a week’s lineup of the Mudd Club, it could be all different genres and styles of music from day to day. The booking was really courageous and wide ranging. People were absorbing all these different kinds of music and bringing it into their own music. New York is very well-suited for this cross-pollination of cultures and ideas.”

The gamut of media on display shows the many ways that audiences discovered new music at the time: handmade flyers of upcoming shows distributed at venues; live reviews of Afrika Bambaataa and Sonic Youth performances that shared pages in the New York Rocker; the Keith Haring–designed posters for the incomparable downtown act Liquid Liquid.

And of course, that radio killer, video. These were the early days of portable video cameras as well as public-access television, and MTV’s wall-to-wall broadcast of music videos was just about to revolutionize the industry. In addition to three larger-than-life screens playing live performances and music videos, a suburban-rec-room-inspired space was developed for the exhibition with video artists Pat Ivers and Emily Armstrong, who created the original lounge at the iconic nightclub Danceteria in 1980 for those taking a break from the dance floor. The installation features a mix of found footage, video art and archival film of downtown musicians; clips from Brooklyn-based public-access program The Scott and Gary Show, including an early hardcore performance by Beastie Boys; and rare early MTV interviews with artists like Madonna and Run-DMC.

But ultimately it wasn’t the advent of MTV that vanquished this early-80s New York music scene. As the city’s economy rebounded, club owners were squeezed by rising rents and broader efforts to clean up the city’s reputation. Meanwhile, crack cocaine and Aids ravaged the communities where artists lived and worked, and these areas, such as the East Village and the Lower East Side, began feeling gentrification’s creep. The eclectic New York sound that the exhibition highlights eventually ceded to the global juggernaut of hip-hop – also New York bred – with Run-DMC’s iconic 1986 cover of Aerosmith’s rock classic Walk This Way marking rap’s entrance into the mainstream.

Corcoran hopes the exhibition brings fresh attention to the era’s often overlooked musical ingenuity. “New York of the early 1980s was the perfect incubator for all this – that social-cultural-fiscal situation set the right stage for a lot of creative people to be here, meet each other and create together,” he said. “That still happens today, but there was just the right combination of those things then to be really impactful.”

What Is Fine Artwork Photography And How To Do It?

Thu Jun 17 , 2021
Digital Art Pictures menggunakan Facebook. Father and daughter Peter and Carmen De Marco welcome you to their properly-outfitted studio in Shawlands, Glasgow. They specialize in newborn images and also create stunning high quality art portraits as well as household, personal and pet portraits. Except acknowledged in another way on your […] 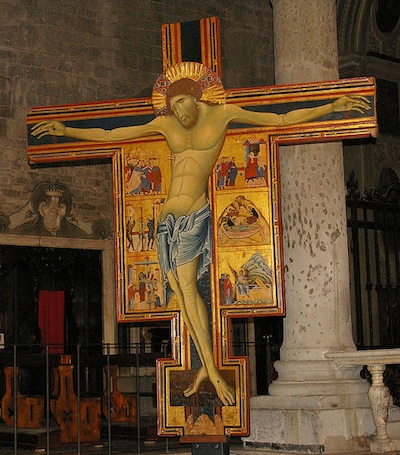