As our understanding of the dangers of tanning has developed, most sensible people have moved on from tan-worship. Once, after I returned from Ibiza, a chic fashion-industry friend said to me: “You do know, Jess, don’t you, you are much too brown?” Reader, I took it as a compliment.

I am finally coming to my senses. Seeing women with similarly pale skin to mine showing up un-spray-tanned to the red carpet helps. If Michelle Williams and Andie MacDowell don’t need to be brown at Cannes, maybe I don’t need to be brown for Latitude? And the narrowness of the lens through which a tanning obsession views skin colour – ignoring diversity, with an assumption that everyone starts at a base level of white skin and aims for a “tropical” shade – is giving me the ick.

Tans are still about status. It’s just that health and wellbeing are flexes of the modern era. Which means lying on a sunlounger with a piña colada has become a retro image, and influencers’ Instagrams are all hikes, visors and salads. Tans came into vogue when poorly paid work moved from fields to factories, and pale skin stopped being a sign of leisure, and so they are going out of vogue as the wrinkle-free midlife face becomes the trophy look.

“Warning” can signify that something is imminent or guaranteed to happen, which may cause additional stress about the content to be covered. We can also never guarantee that someone will not be triggered during a conversation or training; people’s triggers vary widely. Content note allows the same message to be conveyed, sharing details about the information/topics to come, without implying it is an exhaustive list or implying that someone is certain to be triggered.

Because trigger warnings involve assumptions about emotional reactions, particularly with respect to P.T.S.D., psychology researchers have begun to study whether trigger warnings are in fact beneficial. The results of around a dozen psychological studies, published between 2018 and 2021, are remarkably consistent, and they differ from conventional wisdom: they find that trigger warnings do not seem to lessen negative reactions to disturbing material in students, trauma survivors, or those diagnosed with P.T.S.D. Indeed, some studies suggest that the opposite may be true. The first one, conducted at Harvard by Benjamin Bellet, a Ph.D. candidate, Payton Jones, who completed his Ph.D. in 2021, and Richard McNally, a psychology professor and the author of “Remembering Trauma,” found that, among people who said they believe that words can cause harm, those who received trigger warnings reported greater anxiety in response to disturbing literary passages than those who did not. (The study found that, among those who do not strongly believe words can cause harm, trigger warnings did not significantly increase anxiety.) Most of the flurry of studies that followed found that trigger warnings had no meaningful effect, but two of them found that individuals who received trigger warnings experienced more distress than those who did not. Yet another study suggested that trigger warnings may prolong the distress of negative memories. A large study by Jones, Bellet, and McNally found that trigger warnings reinforced the belief on the part of trauma survivors that trauma was central (rather than incidental or peripheral) to their identity. The reason that effect may be concerning is that trauma researchers have previously established that a belief that trauma is central to one’s identity predicts more severe P.T.S.D.; Bellet called this “one of the most well documented relationships in traumatology.” The perverse consequence of trigger warnings, then, may be to harm the people they are intended to protect.

“I use bitcoin to use it. In 2013, bitcoin is what I used to pay for the servers pseudonymously,” Snowden said Saturday in a virtual appearance at CoinDesk’s Consensus 2022 conference in Austin, Texas. He gained fame in 2013 when he leaked classified information on the National Security Agency’s surveillance of U.S. citizens.

“Generally, I don’t encourage people to put their money in cryptocurrencies as a technology, and this is what distances me from a lot of people in the community,” he added.

Snowden also defended the crypto industry in the face of criticism earlier this month by a group of tech experts who knocked cryptocurrency and blockchain technology in a letter to U.S. lawmakers to counter the industry’s lobbying efforts.

Snowden said he believes the signatories were deliberately misunderstanding the crypto industry, recycling a number of the same legacy arguments that have been made repeatedly in the past.

Each of these uses of NFTs and other blockchain technologies creates digital ownership based on scarcity and exclusion, which does not align with Minecraft values of creative inclusion and playing together. NFTs are not inclusive of all our community and create a scenario of the haves and the have-nots. The speculative pricing and investment mentality around NFTs takes the focus away from playing the game and encourages profiteering, which we think is inconsistent with the long-term joy and success of our players.

We wish to clarify that we were never officially invited to join the lumbung network. Informal conversations ended (as sometimes happened in the last couple of years) because of the Covid situation. ruangrupa decided to stick to the already invited fourteen institutions. Moreover, the fact that we are a Jewish institution was never discussed, and there was no antisemitism whatsoever.

Of course we were deeply hurt by the antisemitic images in Taring Padi’s mural that were thoroughly discussed and rightfully condemned in public debate in the last month, but we also think that documenta and ruangrupa did the right thing by dismantling the work in a matter of days, a decision we know is always difficult to make. While we would like to better understand the genealogy of these images, we are already thankful that documenta, the artistic team, and the artists officially apologized. So we ask: What else should they do?

The collective also decried the “instrumentalization of antisemitism” in the attacks against ruangrupa, the Indonesian collective curating the exhibtion:

We are now facing a dangerous inversion of antisemitic violence in a very worrying way. The same strategies that sustained antisemitism for decades are being used in public debate to condemn ruangrupa. Instead of open conversations, public debate is fed by denunciations and rumors. Instead of looking at documenta fifteen as a complex body of works, dynamics, and responsibilities, the artistic team and the artists are living under threats, intimidation, and censorship (the creation of a committee being a complex issue). The current digital and physical attacks they are going through (scarcely reported in the media) ring an alarm: the rightful denunciation of antisemitic images is being instrumentalized to delegitimize the whole exhibition, attack a decolonial agenda, and oppose critical thinking. So we ask: What are the actual reasons to justify these continuous attacks?

The Brazilian butt lift is among the most dangerous aesthetic procedures. In 2017 it had the highest death rate of any cosmetic surgery in the US, according to a group of leading clinical plastic surgery societies. Patients have been left paralyzed as a result of the surgery, or experience long-term pain due to nerve damage. A taskforce that looked into the high death rate with Brazilian butt lifts found that about 3% of surgeons had experienced a patient death after the procedure.

Despite this, as curvy celebrity influencers like the Kardashians fill social media feeds, Brazilian butt lifts have only grown more popular. Globally, butt augmentation — including silicone implants — was a $1.5 billion market in 2020, according to Grand View Research, which projects the market will grow 22% a year and reach $6.6 billion by 2028. In recent years, the number of surgeries has “increased dramatically,” said Lina Triana, president-elect of the International Society of Aesthetic Plastic Surgery. In 2020, more than 40,000 butt lifts were performed by certified plastic surgeons in the US, twice as many as five years prior, according to ISAPS’s latest statistics.

Required Reading is published every Thursday afternoon, and it is comprised of a short list of art-related links to long-form articles, videos, blog posts, or photo essays worth a second look.

7 Rave-Worthy Trends You Should Know

Fri Jul 22 , 2022
[ad_1] Wedding trends evolve through the years, and 2022 is already poised to continue the pattern. Within the sweeping change, some trends have landed on the scene while others have exited. However, all in all, the 2022 wedding atmosphere promises to be a whole lot of fun. Perhaps, this is […] 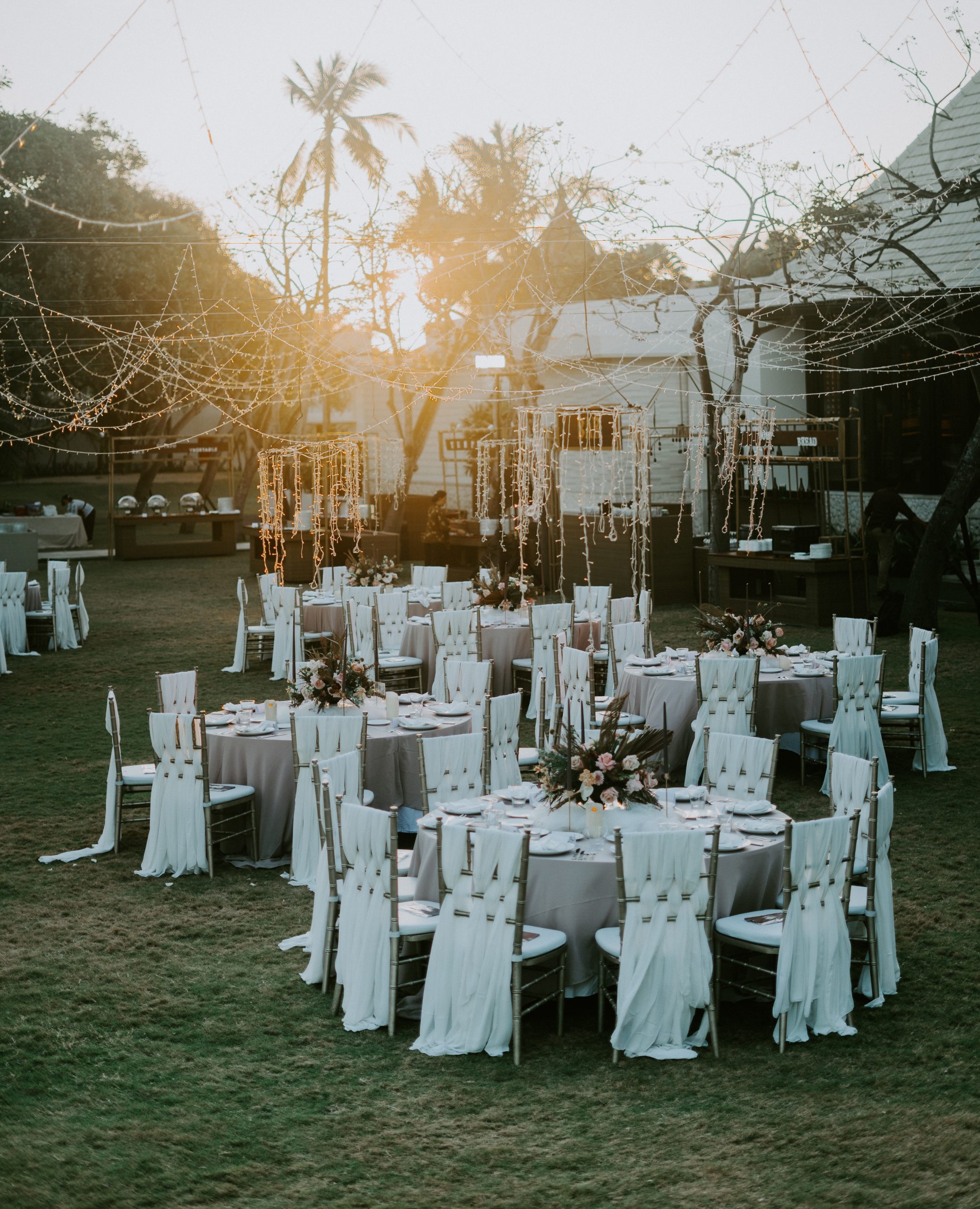