Now, a Mumbai-based artist is trying to break down what many women in Indian marriages go through in a country which places a high premium on the institution and unfairly so on its women.

An anonymous artist who identifies herself only as “SmishDesigns” online has opened her first solo exhibition in Mumbai. Befittingly titled “Pati, Patni, Aur Woke” to channel what it means to be husband and wife in a woke era, the title is a play on the 1978 Bollywood film Pati Patni Aur Woh (the Husband, the Wife, and the Other).

“This is an exhibition that delves into the many layers of marriage as an institution, and how women are disadvantaged within it,” Smish told VICE over email “I try and capture the many disbenefits that women are subject to within wedlock, while also covering the subtleties of this patriarchal norm that suffocates women.”.

Millions of women in India are expected to leave their jobs or forego their education after getting married, while many families pride themselves in “allowing” their daughter-in-laws to work or study after marriage.

“This exhibition, in a way, is an attack on the much abused term ‘sanctity of marriage,’ a term often used by the judiciary of the country to silence married women and their struggles,” added Smish. “At the same time, it is a celebration of women who are now starting to realise their individuality and voice outside of this institution.”

The exhibit brims with scathing, ironic references to the grim reality of Indian brides. In one image, a woman decked up in traditional Indian wedding attire also wears a black eye as she writes “UTOPIA” across a mirror with her red lipstick—a colour that’s important in most Hindu weddings, and which is often the colour of the bride’s wedding dress. This art piece references the fact that India recorded a 10-year high of domestic violence complaints by married women during the COVID pandemic, exemplifying how the deep-rooted issue has only gotten worse for women stuck at home with abusive husbands.

Another artwork shows a woman next to a TV, microwave, and pressure cooker with the title “Bride with dowry! Exclusive Sale in India”. This is also a cheekily devastating reference to the illegal and archaic, but commonly practised dowry system, where the family of the bride gives “gifts” or money to the groom and his family, often under deep pressure and in the face of poverty. The inspiration for amplifying this issue came after an incident in February, where a woman died by suicide in the western Indian city of Ahmedabad, Gujarat, after her husband and in-laws physically assaulted her and demanded dowry. This, heartbreakingly, is just one of many such incidents, often lumped together as “dowry deaths”.

For this exhibition, Smish drew inspiration from anecdotes of friends and family, bearing witness to a culture where the onus and blame of marital mistakes tends to be shouldered by the wife. “I’ve grown up seeing excessively bad marriages around me in which women were expected to compromise and be “flexible” to adjust to their situations, no matter how bad their conditions were,” she said.

Much of Smish’s work is closely connected to her political opinions, with her art serving as a platform to express solidarity with some of India’s biggest protest movements, including the ones against the controversial Citizenship Amendment Act, and the ongoing farmers’ protests. But the backlash and trolling that artists opposing the powers that be often face has also created a fearful online environment. This also explains Smish’s decision to remain anonymous, a question those admiring her art have repeatedly asked her about. “The current climate makes every creator nervous, whether an artist, comedian, or filmmaker,” she said. “I do get anxious when I create art now, but somehow I keep doing it. When I did start it [her account on Instagram], I was a budding art student and I would often post my photography or work on it, but no personal pictures. After 2019, I started to post a lot of protest art on it, and realised that I was more comfortable with it being anonymous as it gave me a lot of freedom to express myself wholly and unwaveringly.”

For Smish, the line between social, personal and political issues is really thin—as yet again illustrated in her new series. “All three of these things played a factor in my decision to address this topic. Women have no bodily autonomy when in wedlock because the judiciary of India doesn’t recognise marital rape as a crime, so here personal becomes political. Even in cases of dowry and domestic abuse, Indian women rarely find solace in the laws that continually fail to protect them. I wouldn’t say it’s the entire institution of marriage I have a problem with but how profusely the society, law and social structures mandate a woman’s agency within it.”

For Smish, this series also serves to confront the very institution of marriage itself. “I view the institution of marriage from a very cynical standpoint because it’s a system designed to suppress a woman’s agency and bodily autonomy, pan India. Unless there are laws working in favour of women and supporting them within wedlock, unless the society doesn’t mandate a woman’s choices to practise her agency, I see no point in subscribing to such an institution personally.”

Thu Mar 25 , 2021
Digital Art Images menggunakan Facebook. After all, there are less economical causes to purchase artwork. Many collectors buy artwork based mostly on their very own aesthetic and emotional responses to the artwork and the personal worth that they really feel the artwork carries. They buy it, simply, because they love it. […] 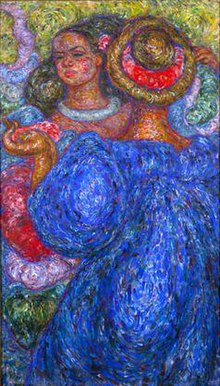