Sep. 8—Fees were waived for entries in the 57th annual Art Show of the Jamestown Fine Arts Association and that’s one reason entries are up this year, said Sally Jeppson, gallery manager at The Arts Center.

Jeppson said there are 53 artists and 128 pieces in this year’s show.

“That is one of the largest certainly in recent history,” she said.

The Medicine Shoppe is the sponsor of the show including the cash prizes that were awarded, Jeppson said.

In 2020, the entry fees were waived due to the coronavirus pandemic and the hardships artists were going through, she said.

“We decided this year to go ahead and do it again and get a sponsor for the exhibit so the sponsorship allows for the prizes,” she said.

The exhibit, which is on display until Oct. 9, features work from local and regional artists in the state and is “really inclusive,” Jeppson said.

“The show is open to artists of all skill levels and all ages and all media,” she said.

Many new artists are part of the show, she said. The majority of the work is paintings followed by photography.

The Arts Center gallery is filled and there are also pieces for the show in the front entry and hallway.

“It’s a good problem to have,” Jeppson said of the entries being displayed throughout The Arts Center. “People that were at the reception, there was a lot of comments saying this is the best annual show that they’ve been to.”

Greg Vettel, director of the Northwest Arts Center and an adjunct professor at Minot (North Dakota) State University, served as juror for the show.

“The artworks were fantastic and it was really hard to make a decision for a lot of the awards that were given out,” Vettel said.

Vettel said Tuesday that he was impressed by the number of entries and the quality of the work.

“I think that the show is an exceptional example of the quality of artists that we have in North Dakota and especially in that region and that it would be a good opportunity for everybody to do the show if they had the time,” Vettel said.

“And to think that he was able to capture that image is remarkable,” Jeppson said. “People think it’s Photoshopped in but (it’s) not. And so there’s some stunning pieces like that” in the show.

“It’s not a single piece but her body of work as a professional artist. She’s known internationally,” Jeppson said.

The awards were announced at the opening reception on Aug. 26 but one award remains to be given — the People’s Choice award. People who visit the exhibit may cast their vote for their favorite piece, and the award which includes a $50 prize will be awarded at the conclusion of the show.

Jeppson also noted that much of the artwork is for sale.

“Most of the work is fairly affordable,” she said. “It’s a wonderful opportunity to purchase a piece of art, support an artist. … This is the show that we generally sell the most work each year.”

The following awards were presented for the Jamestown Fine Arts Association 57th annual Art Show. Best of Show was awarded $100; the other awards, $50.

Drawing: Phyllis Lincoln, Nearing the End of His Rope

People’s Choice Award: to be given at conclusion of exhibit.

Art Museums Said They Were Committed to Diversity. Black Curators Are Encountering a More Complicated Reality.

Thu Sep 9 , 2021
In 2015, the Mellon Foundation conducted its first study of the staff at American art museums. Its findings on racial diversity were grim: Only 2 percent of curators were Black. Three years later, when Mellon followed up, the needle had moved ever so slightly to 4 percent, marking an increase […] 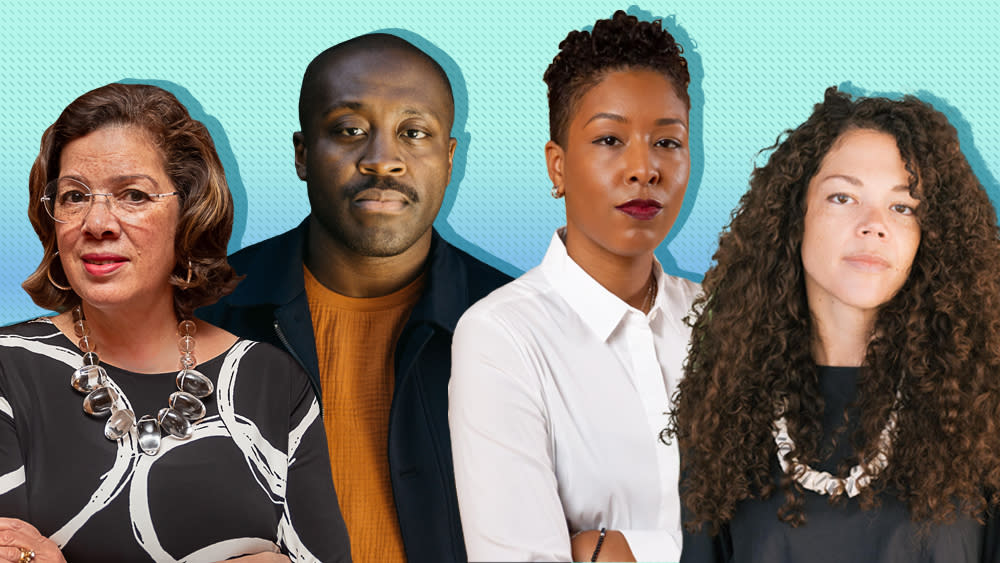