The Arts & Science Center for Southeast Arkansas, 701 S. Main St., announced the selections for the 2021 Irene Rosenzweig Biennial Juried Exhibition. The show opens July 22 at ASC with an awards reception from 5-7 p.m. Juror Deidre Argyle will announce the awards at 5:30 p.m.

The reception is free and open to the public, but for social distancing measures, capacity will be capped at 75 people, according to a news release.

ASC received more than 350 artwork submissions, from which Argyle chose the finalists.

The exhibition is supported in part by the Irene Rosenzweig Endowment Fund, the Arkansas Arts Council and National Endowment for the Arts. The reception is sponsored by ASC’s volunteer group Art Krewe and M.K. Distributors.

Open to ages 18 and older, the exhibition welcomes submissions from artists in Arkansas, Louisiana, Mississippi, Missouri, Oklahoma, Tennessee and Texas. Artwork in traditional forms are accepted: paintings, drawings, original prints, fiber art, ceramics, sculpture and photography, according to the release.

The juror chose a variety of pieces for the exhibition.

“It was a wonderful experience to see the diversity of work in the mid-South region,” Argyle said. “While selecting work for the exhibition, it became clear that many artists were dealing with subject matter centered around place, time and memory. I chose works for this exhibition that reflected the region’s present and past, and its social and geographic history.”

“It was important to me to include a range of works that covered a breadth of concepts and topics within the theme of the exhibition and that also represented a large variety of media and technical approaches in the production of the work. The work included in the exhibition speaks to the daily social fabric of the region through personal narrative, landscape, social and political themes expressed in the artworks,” Argyle said.

The biennial exhibition began with a gift from the Irene Rosenzweig Foundation in 1992.

“Rosenzweig is an opportunity for established and up-and-coming artists to gain recognition and earn prizes, for community members to explore and purchase work and for ASC to grow its permanent collection,” ASC curator Chaney Jewell said.

“This year, the public, as well as ASC, are being presented with masterful works. The artworks selected by juror Deidre Argyle are truly exemplary,” Jewell said.

The exhibition is named for Irene Rosenzweig. Born in Pine Bluff in 1903, Rosenzweig was a noted scholar and teacher. She earned a doctoral degree from Bryn Mawr College, studied in Rome and was fluent in six languages. Rosenzweig tutored President Franklin D. Roosevelt’s family members during their time in the White House. She died in 1997, according to the release.

The Rosenzweig exhibition will remain on view in ASC’s William H. Kennedy Jr. Gallery through Oct. 16. Admission to ASC’s galleries is always free.

Details: ASC Curator Chaney Jewell at [email protected] or (870) 536-3375 or visit the exhibition webpage at asc701.org/rosenzweig. 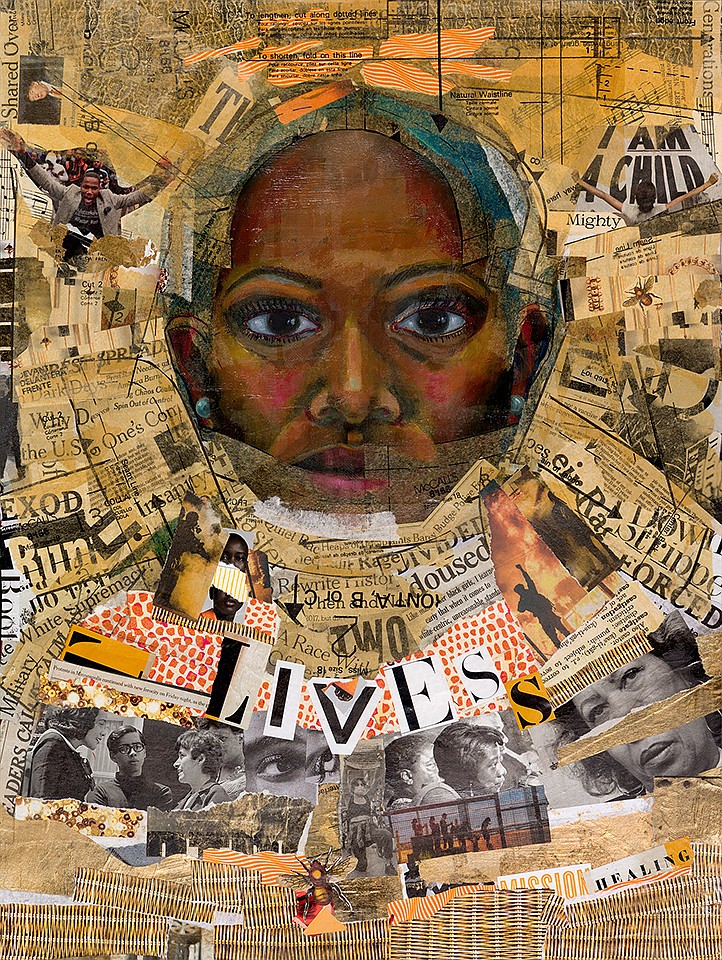 “They Are Us, We Are Them” is by Laura Brainard Raborn of Little Rock. A collage, charcoal, and acrylic on paper; 24 inches by 18 inches; 2020. Raborn’s artwork is one of 37 selected for the 2021 Irene Rosenzweig Biennial Juried Exhibition at the Arts & Science Center for Southeast Arkansas. (Special to The Commercial/Arts & Science Center for Southeast Arkansas)

Thu Jul 8 , 2021
You may have to negotiate the time, hour by hour, acknowledging what’s most essential, and trading it, maybe, for what is most essential to your partner, if you have one. You’ll be, by definition, a special painter, as you’ll be a special runner, a special dancer, a unique good friend […]

how to start a small business at home