Claim: Photos from the civil rights movement were originally taken in color but shown in black and white to make them appear older

The Black Lives Matter movement, along with protests sparked by the death of George Floyd, have generated a wave of discussion on race in America.

One social media post in particular has attracted notable attention. It claims photographers made photos during the civil rights era in color but they were purposefully shown in black-and-white to make them appear older.

The post consists of four color photos from the 1963 March on Washington, the 1965 Selma March and a demonstration in 1968 following the death of Martin Luther King Jr.

Although it’s unclear through what medium the user claims the photos were intentionally shown in black-and-white, some context about the history of photography is essential to understanding why most photos of the civil rights movement are black-and-white.

Black-and-white versus color photography in the 1960s

Color photographs of the civil rights movement have surfaced in recent years, but photographers and experts agree that they are rare.

From a reverse-image search, USA TODAY found very few instances of the four specific photos in the post appearing in black and white (there were about seven such instances). In the vast majority of the hundreds of times these particular photos appear on the internet, they are in color.

David Haberstich, a curator of photography at the National Museum of American History, said the dearth of color photographs from the era in general is in part due to economic constraints. In the 1960s, color film cost significantly more than black-and-white film.

Not only was the color film more expensive, but printing color images was, too. Haberstich said he could “certainly imagine a newspaper being forced by economics and their technology to reproduce color photographs as black and white.”

Most newspapers did not start printing in color until decades after the civil rights movement. In 1979, 12% of newspapers printed some of their photos in color. In 1993, that number increased to more than 97%, according to the New York Times. Magazines were similarly slow to adapt color. Publishers would only print select images in color due to the high cost of printing an entire magazine in color.

A lack of time also restricted photographers from shooting with color film.

Short deadlines meant photojournalists working for newspapers or magazines didn’t have time to wait for color film to process, a lengthier and more technically difficult endeavor than for black-and-white film.

David Burnett, a longtime photojournalist who covered news ranging from the Vietnam War to the fall of the Berlin Wall, said being able to quickly submit photos to editors was essential to getting your work published.

The majority of photographers at the time worked for newspapers, magazines or wire services, Burnett said, so if photographers wanted their photos to be used in these publications, they usually could not wait for the lengthier color film development process.

“Almost no newspapers were able to publish color in the same day that something happened,” Burnett said. “Color … needed what amounted to an extra week to be able to get everything plated right.”

Speed, as well as craft

On top of money and time constraints, many photographers and documentarians preferred black-and-white photography over color for artistic reasons.

Before color became the norm, Burnett said photographers considered black-and-white photos as a “truer” form of documentation that didn’t have the distraction of color. Famous photographers have been quoted as saying, “black and white are the colors of photography,” or that “color photography is vulgar.”

“A lot of photographers think in black and white. They think in monochrome. They think in greyscale,” Burnett said. “And it isn’t a way of trying to make you think it was a long time ago.”

Photographers frequently shot in both color and in black-and-white when working, oftentimes carrying multiple cameras at once, but “the tradition of black and white prevailed until the 1960’s,” Carol McCusker, curator of photography at the Harn Museum of Art, explained in an emailed statement.

Although color photography can grant a sense of immediacy that black-and-white photography sometimes cannot, color film technology was created in a way that idealized white subjects, Leslie Wilson explained. Wilson is a photo historian and curatorial fellow at the Smart Museum of Art who is working on a book about this history of color photography in South Africa.

Because photographers set their color calibration to white subjects, they often struggled to show details of darker-skinned subjects in color photographs.

“While it may seem that photo editors have done a disservice to Black subjects in the context of the civil rights era by not reproducing photographs in color, there are larger questions about the nature of the technology itself and who it was made for and how it did the work of representation,” Wilson said in an emailed statement. “The bigger issue may be less about color [versus] black-and-white, but more about how we have needed better photo technology to do the work of representing the full spectrum of humanity.”

Wilson said she is cautious about the way in which the social media post equated color photography to justice for the subjects of civil rights era photographs.

“But we can’t forget that in black-and-white or color, these photographs are representations shaped by technology that is also embedded in the socio-political dynamics of our society. And that definitely includes race.”

One final thing: a publisher who took a color photograph and printed it in black-and-white without permission of the photographer could be subject to a copyright lawsuit for altering the work.

We rate this claim as partly false because it excludes context essential to understanding the difference in use between black-and-white and color photographs taken during that time period.

Although there is documented evidence of photo suppression during the civil rights movement, experts said the use of black-and-white over color photography was not part of it.

The post is misinformed and overlooks the fact that color photography was rare in the 1960’s due to its higher price, photojournalists’ need for quick turn-around, the sentiment of black-and-white photography being the “true” way of documentation and the challenges surrounding accurately depicting people of color with color film.

Thank you for supporting our journalism. You can subscribe to our print edition, ad-free app or electronic newspaper replica here.

Our fact check work is supported in part by a grant from Facebook.

Wed Jun 24 , 2020
BEDFORD, MA — Coronavirus restrictions may have kept Bedford students out of the classroom for the better part of the year, but it didn’t stop them from creating. Bedford Public Schools students continued to make impressive artwork and the district is determined to showcase their work, despite physical barriers. In […] 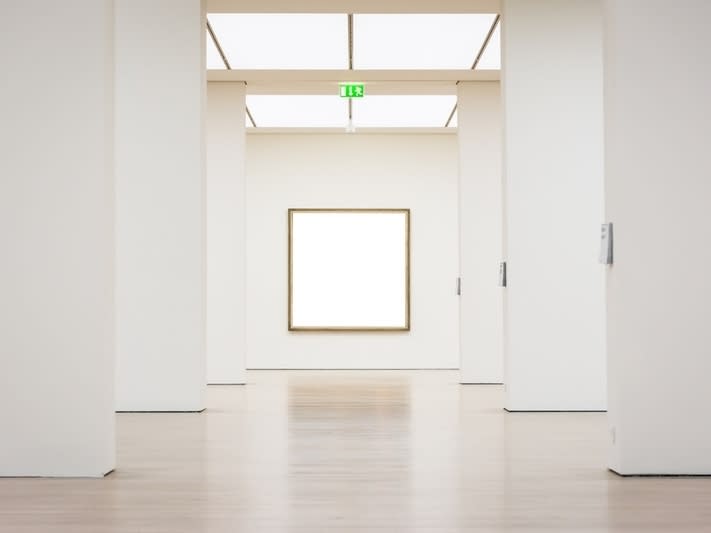