Columbus Arts Council will host an opening reception for its latest exhibits, with feature photography and mixed media.

The main gallery will host “The South: Then and Now,” a photography exhibit that features selections from The Do Good Fund and is curated by Birney Imes. Artist Alley will feature the work of mixed-media artist Sydney Gruber, of Tuscaloosa, Alabama.
Interim director Shane Kinder said the arts council will be serving wine at the event, but not any food.

The arts council photography exhibit will focus on the “then,” or past, while Mississippi University for Women galleries’ exhibit will focus on the “now,” contemporary South. Thursday’s reception at the art council serves as the opening for both exhibits.
The W galleries are open from 8 a.m. to 5 p.m. Monday through Friday. The Columbus Arts Council is open from 9 a.m. to 5 p.m. Tuesday through Friday and from 9 a.m. to 2 p.m. Saturday.

The exhibitions run through the month of September.

Then and Now
According to Kinder, “The South: Then and Now,” features over 90 photographs between the art council’s gallery and the W’s galleries.

Imes selected the images from over 700 available at the Do Good Fund. The Columbus, Georgia, public charity collects and lends photographs by a range of photographers from Guggenheim Fellows to emerging artists.

The CAC exhibit will feature groupings of several works by the same photographer. Photographs range from after World War II to around 2000 at the arts council, while more current works appear at the W, Kinder said.

“Having the opportunity to curate these two shows from the Do Good Fund, a superlative collection of more than 700 carefully chosen photographs of the South, was akin to giving a child the keys to a toy store. That is to say, it was great fun,” Imes said.

After figuring out how to create two distinct shows from the works of more than 100 photographers, Imes said he settled on the idea of time as conveyed by the photographs’ subject matter.

“I divided the photographs into the agrarian, historical South and the more urban, modern-day South,” he said. “The images of the ‘Then’ exhibit (at the Rosenzweig Arts Center), are generally documentary in nature and depict such as the African American rural South, the Appalachian South or the Old South with its fading plantation culture.
“By contrast the work of the photographers represented in the “Now” group (at MUW’s Summer Gallery) grapples with issues of race, gender identity and the environment. They, too, for the most part, take a documentary approach.”

Imes said he chose pictures he thought would best challenge, inform and take the viewer to places he or she might not have been.

“The celebrated Memphis photographer William Eggleston (a transplanted Mississippian) once famously told an interviewer that he was ‘at war with the obvious,’” he said. “Little in these two exhibits is obvious. Rather I think they offer a compelling, passionate, yet nuanced view of the South and its many complexities. I hope you, the viewer, will concur.”

Gruber is a multi-media artist who often paints in bright colors. Her art can be seen on walls, and on coffee tables, as she also paints and sells chess sets on her website, sydneygruber.com. In fact, you can pick up one of her painted chess pieces, which serve as her business card, at the Columbus Art Council.

During a recent tour of the Artist Alley exhibit, Kinder pointed out several of Gruber’s paintings that have a layered, almost three-dimensional look to them. While Kinder noted that he didn’t know Gruber’s painting process, he did note that a coat of glaze seals each piece, making them shine as if they’re encased in glass.

Gruber is friends with Rachel Wakefield, another Alabama artist who had an exhibit at the Columbus Arts Council almost two years ago.

“She came with Rachel to the opening reception to see Rachel’s work,” Kinder said. “So we got her into the gallery finally. She had to wait almost a year before she finally got in.”

He noted the art council’s galleries are booked through September 2022.

According to her website, Gruber enjoys her role in what she sees as a modern day art renaissance and specializes in creating sublime meditation paintings beckoning motion and energy.

“I like to play the role of interpreter. I strive to match reason with passion and oscillate between living like the salt of the earth and sucking the nectar out of life,” she posted online as her artist statement. “Art is my alchemy — I spend a lot of time exploring the relationship between the internal and external when I am painting chess sets and abstract meditations.”

Sun Aug 22 , 2021
Digital Art Photography menggunakan Facebook. Ownership and Reuse. Using the Services does not give you ownership of any intellectual or other property rights or interests within the Services or the content material you entry. You need to not use any branding or logos used within the Services except we’ve got given you […] 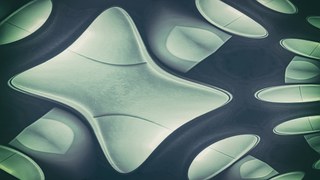