Game Boy: The Box Art Collection doesn’t leave you guessing about its contents with its title. It is a 372-page book (also comes with a PDF copy) about showing you high-quality photos of Game Boy box art, and it just feels like a premium product. It’s hardcover with thick pages and sewn binding for better preservation with use, and anyone who sees this bad boy on the coffee table is going to flip through it. Likewise, anyone who approaches this book with strictly a deep appreciation for art will probably walk away quite satisfied. However, there are bizarre oversights in how Game Boy: The Box Art Collection is organized that ultimately leave it a deeply frustrating book, despite how pretty it is.

The bones are strong

Game Boy: The Box Art Collection starts off with an innocuous foreword from Jean-Jacques Calbayrac, or “Gameboycameraman,” before delving into a pretty solid 12ish-page history of Game Boy itself. Even if you’re already a hardcore nerd who knows the general story, you’ll probably be amused by some quotations included from the likes of Gunpei Yokoi, who led design of the handheld. And finally, the book includes interviews with a couple Game Boy game collectors whose boxes were presumably used for the photography in the book. Like the foreword, it’s amusing enough but kind of trivial.

The meat of the book is, of course, the games, and each game featured gets one page dedicated to it. Game Boy had over 1,000 games, so Game Boy: The Box Art Collection does not include every game ever released on the platform. It does, however, feature just about every prominent game, so the variety present never felt like an issue.

Each game receives a large box art photo, six small screenshots, and two paragraphs of information. The first paragraph provides a brisk overview of the game, while the smaller second paragraph briefly discusses the box art itself, why the art does or does not work well, and perhaps how the art from the region selected might differ from the art used for other regions of the world. The information is useful for what it is and probably pretty reliable overall, (The book mistakenly refers to Blastoise as a “mighty dragon-type Pokémon.”) but the star of the show is necessarily the box art itself.

It’s pretty wild to see some of the Japanese packaging used for Game Boy: The Box Art Collection, particularly because some of it does not even consist of boxes. Hudson released several Game Boy games in tin cans as if it were selling Spam, and it wasn’t the only developer to do it. You might have known that, but I didn’t — and it’s really cool to see them up close, even if photos are only taken of the fronts of the packaging.

The organization is a wreck

Unfortunately, how Game Boy: The Box Art Collection is organized really throws a wrench in enjoyment of the book. For starters, the book uses a varying collection of North American, European, and Japanese box art for photos, but there isn’t much rhyme or reason to what it uses for each game. It seems Bitmap Books tried to select the most interesting version of box art available in the collections it had at hand for photographing, which is fine. However, when the book then describes why this particular box art is better or worse than another’s region art, it would have been really useful to be able to see the other versions of the box too, even if just as tiny images pulled from open-source internet image archives.

All of that is forgivable though. What is less forgivable about Game Boy: The Box Art Collection is how badly the games themselves are arranged in the book. Everything is alphabetical, which sounds good, except the game names themselves don’t adhere to any regional convention. The game name listed in the book applies to whichever version of the game box was used, and it’s so much worse than it sounds.

So for example, let’s say you want to look up The Legend of Zelda: Link’s Awakening. You might go to “L” for Legend or “T” for The, but you won’t find the game in either place. That’s because the Japanese box art was used, and the Japanese title is listed under “Z” for Zelda no Densetsu: Yume o Miru Shima. The page includes the original Japanese text title in addition to the romanized name, but nowhere in the header does it list the English name of the game. The only way to confirm a game’s identity (if you don’t already know it) is to recognize it from screenshots or to find its English name buried somewhere in a paragraph.

Even the index of the book doesn’t address this grievous issue. It only lists whichever name applies to the box art used and never lists variant names. It’s a tremendous oversight that makes navigating Game Boy: The Box Art Collection so much more of a chore than it needed to be.

The most bizarre and embarrassing example of its bad organization is how it handles continued video game series. For example, of the five Mega Man Game Boy games, the first is listed under “M” as Mega Man: Dr. Wily’s Revenge with European box art. However, the other four are all listed under “R” as Rockman World 2, 3, 4, and 5 because the Japanese box art was used. Additionally, the three Final Fantasy Legend games are included in the book under three different letters, because they are listed as Makai Toushi SaGa, Final Fantasy Legend II, and SaGa 3: Jikuu no Hasha Kanketsu-Hen. It is ridiculous.

Game Boy: The Box Art Collection is so close to fantastic

Ultimately, Game Boy: The Box Art Collection is a physically high-quality book with wonderful photos of hundreds of games, presented with a few screenshots and tidbits of info — and it’s all organized in almost the worst way humanly possible. If you can stomach the terrible organization, this is a delightful book worth flipping through during meals or downtime. It just comes down to how much you love Game Boy and box art.

A review copy of Game Boy: The Box Art Collection was provided by the publisher.

Sun May 2 , 2021
The building used by Spokane Falls Community College’s photography program dates back more than 90 years ago as the dispensary for Fort George Wright. The building was constructed in 1930 by the U.S. Army. More than 30 years later, the college’s Fine Arts Building was originally used as a music […] 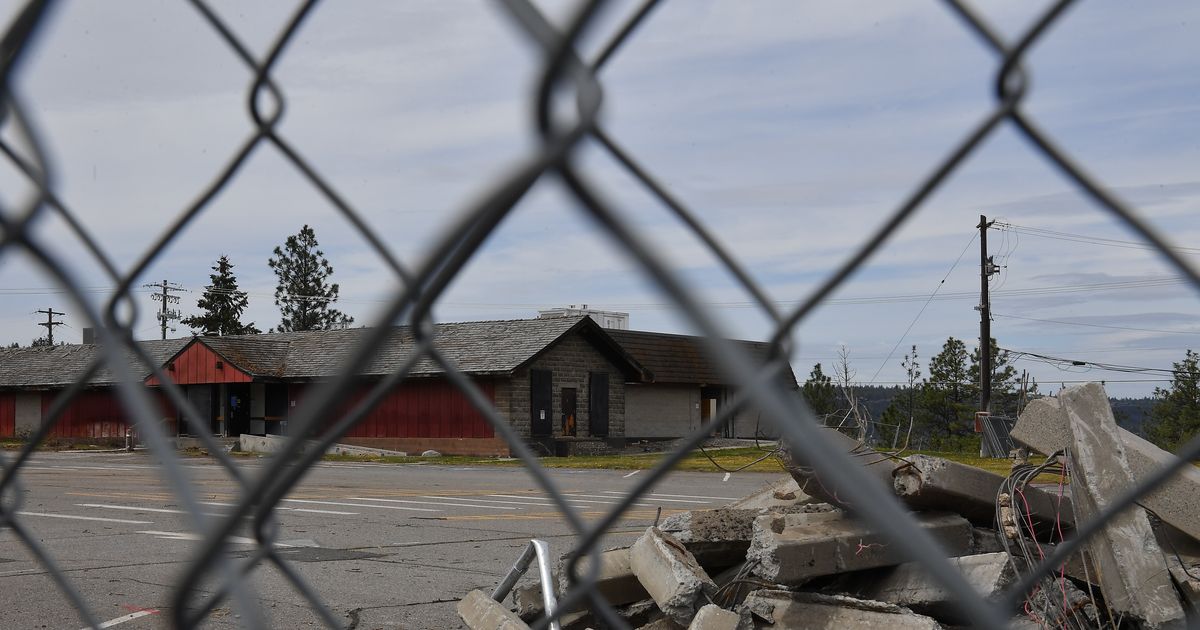