Finally opening one year after its scheduled debut, the San Diego Museum of Art’s new photography exhibition will display some of the medium’s most recognizable and influential names, including Ansel Adams, Dorothea Lange, Aaron Siskind and Alfred Eisenstaedt.

“Masters of Photography: The Garner Collection” was set to open Nov. 14, 2020, on the day the COVID pandemic forced the museum to close for a second time. It will now debut Saturday.

“Nobody had a chance to see it,” said Anita Feldman, deputy director of curatorial affairs and education at the San Diego Museum of Art. “We just held on to the photographs and put everything in storage.”

The collection of 112 prints is on loan from Cam and Wanda Garner, local collectors who have been longtime contributors to the museum. The couple — he’s a biotech executive and she’s a licensed family and marriage therapist — has donated hundreds of photographs to the institution, although only a few of those are on display in this exhibition.

The images reflect the Garners’ interests, focusing on work from the 1930s to the 1960s, but include photos from 1900 to the present. Rather than collecting just well-known pictures, Cam Garner said he concentrates on bodies of work of photographers that pique his interest.

“I find that much more appealing,” he said. “I can dig into their background and have more depth,” he said.

Garner said his interest in photography started during childhood family vacations. His father would always have a camera with him and once at home would put together slide shows of their travels. Garner started taking surfing pictures at age 16 and started collecting about 25 years ago.

“Cam is a strong photographer in his own right. Although self-taught, he had the privilege to work and learn from numerous professional photographers,” said Roxana Velásquez, executive director and CEO of the museum. “His collection is particularly significant because it includes many important photographers in great depth; for example, his collection includes more than 100 works by Mary Ellen Mark, one of the most profound photographers of the 20th century documenting the inequities of society.”

The exhibition is grouped into three themes: “Reflecting on Nature,” “Things as They Are: City, Society and Conflict” and “Manipulating Reality: Abstraction and Allegory.”

“Thematic groupings often provide a way of understanding subject matter that might be lost in a chronological organization,” Velásquez said. “Different artists grappling with similar themes from different generations reveal that their aesthetic, humanitarian or environmental concerns are ongoing and not unique to a particular moment in time.”

The “Reflecting on Nature” section includes four images by Ansel Adams. Among them is his iconic “Moonrise, Hernandez, New Mexico,” shot in 1941, and “El Capitan, Sunrise Winter, Yosemite National Park,” shot in 1918 and printed in 1976.

Adams used what is known as the gelatin silver process for his prints, a technique that brings images into sharp focus and accentuates black-and-white contrasts. That process, Feldman said, “captures details that you lose with the naked eye.”

By comparison, the platinum prints of the early 20th century, such as William Edward Dassonville’s “Yosemite Valley,” which dates from 1905, have a velvety quality that emulates a painting.

Aaron Siskind used the sharp details of gelatin silver prints to create abstracts by taking close-ups of items found in nature and focusing on shapes, textures and lines. The Garners have an extensive collection from Siskind’s prolific career, which started out with documentary photography in the 1930s. His images are displayed in “Reflecting on Nature” as well as the “Manipulating Reality: Abstraction and Allegory” section.

Anne Brigman brought a romantic, painterly vision to her landscapes. Brigman was known as a pictorialist who created images in the aesthetic of European master painters, promoting the idea that photography was equal to other fine arts. Her photos were often set in the Sierra Nevada with female nudes, which were usually her or her sister. “The Pine Sprite” from 1911 has a primordial feel as Brigman poses in a tree.

Brigman’s photos with elfin-like nudes were considered radical by some at a time when feminism was in its infancy. But photography and the women’s rights movement grew alongside each other. Women got the right to vote in 1920, and in 1925, the invention of the handheld 35 mm Leica camera ushered in the era of photojournalism.

“Photography was something women could do,” Feldman said. “It was a form of self-expression that didn’t rely on male-dominated art schools. It was a modern, liberated art form.”

Pioneering photojournalist Margaret Bourke-White was one of the first four photographers hired to work for Life magazine in 1936. She documented the German invasion of Moscow in 1941, crossed the Rhine with Gen. George Patton and took some of the first pictures of the insides of concentration camps as well as the acclaimed 1946 photo of Mahatma Gandhi next to his spinning wheel.

Two of Bourke-White’s prints are on view in the “Things as They Are: City, Society and Conflict” section. One is a 1951 image of the U.S. Navy aircraft carrier Boxer, stationed in San Diego, the other is of the Buchenwald concentration camp liberation in 1945.

Other notable women in the exhibition are Dorothea Lange, who put a human face on Depression-era suffering. (Her photo of a bread line in 1932 is one of a number in the show depicting the Great Depression.) Berenice Abbott documented the transformation of the New York skyline in the 1930s and Diane Arbus focused on people on the fringes of society.

Mary Ellen Mark also focused on the marginalized and embedded herself with her subjects. She spent time in the maximum-security women’s ward at the Oregon State Hospital in Salem, Ore., in the mid-1970s, and an assignment for Life magazine about teenage street kids in Seattle became a lifelong project. Her photo of 13-year-old Erin Blackwell, known as Tiny on the Seattle streets, dressed for Halloween is one of three of Mark’s prints in the exhibition.

“Things as They Are: City, Society and Conflict” covers everything from a chilling shot of Nazi minister of propaganda Joseph Goebbels by Alfred Eisenstaedt in 1933 and Robert Capa’s Omaha Beach landing in 1944 to a series of photographs by Bruce Davidson, who immersed himself in a street gang in Brooklyn in 1959.

Also included is Lewis Hine’s image of a young girl named Sadie Pfeifer working as a spinner in a North Carolina cotton mill in 1910. His photos of working children helped bring about child labor laws.

The exhibition’s third section, “Manipulating Reality: Abstraction and Allegory,” considers how photos have been altered for desired effects — even long before Photoshop. In 1900, Frank Eugene used etching tools to scratch the negative of “Minuet” to help give the illusion of a picture created by hand. And Albanian photographer Gjon Mili used stop action to create a surrealistic image with multiple exposures in his 1940 picture of a female torso.

But not all photographs in this section have been altered; some were staged such as Gregory Crewdson’s “Dream House (Gwyneth Paltrow),” one of the few color images in the exhibition. The 2002 picture is composed to look like a movie set.

“It plays with collective memory. It’s totally made up, playing on the banality of suburban life. It’s a very different way of taking a photograph,” Feldman said. “Photography always makes us look again at the world we live in,” she said. “And it’s something we can all play with.”

‘Masters of Photography: The Garner Collection’

When: Opens Saturday and runs through Feb. 21

Mon Nov 15 , 2021
Digital Art Photography menggunakan Fb. Portray as a high quality art means making use of paint to a flat floor (as opposed for example to painting a sculpture, or a bit of pottery), usually utilizing a number of colours. Prehistoric portray that has survived was applied to natural rock surfaces, […] 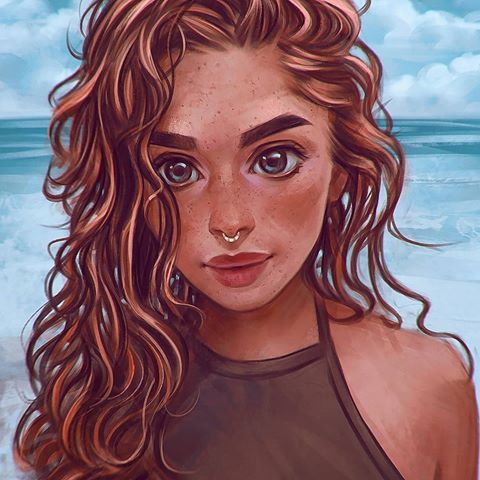