Scottish institutions remain closed, with the next review of guidelines Keto Meal Delivered due no earlier than July 9. Their Welsh counterparts will not open before August. Northern Irish galleries, however, can re-open from July 3.

When will each of the major venues re-open, what will they be showing when they do – and what’s worth seeing?

The Warwickshire art gallery will reopen with the exhibition Lucas Cranach: Artist and Innovator, which closed a week after launch in March. Presenting newly restored paintings and prints by the versatile German Renaissance master, alongside pieces by later and present-day artists such as Raqib Shaw and Picasso, who were inspired by his work, its run has been extended until January 3.

On view at the Brook Street Gallery is the group exhibition About the Human Figure, featuring paintings and sculpture by James Lee Byars, Enrico David, Peter Doig, Florian Krewer, Francis Picabia, A.R. Penck, Sigmar Polke, Raphaela Simon, and Don Van Vliet. The gallery hours will be Tuesday to Friday, 10am to 6pm.

Britain’s flagship institution will be the first to re-open its doors. As Alastair Sooke learned in his behind-the-scenes tour, it’ll feature one-way routes, social distancing and a refurbished room devoted to Italian Baroque. The exhibitions Titian: Love, Desire, Death and Nicolaes Maes: Dutch Master of the Golden Age will resume.

London’s museum of the Foundling Hospital, formed in 1739 for abandoned children, reopens with Portraying Pregnancy: From Holbein to Social Media. The exhibition, which explores the wildly inventive ways in which artists have sought to hide, flaunt or spoof the pregnant form in their Keto Meal Delivery paintings, was on course to be the museum’s most successful ever when it closed in March. It will now run until August 23.

One of Britain’s most venerable institutions will open to “Friends of the RA” on July 9, then everyone else on July 15. Service will resume, between limited opening hours, with the exhibition Picasso and Paper, which will last until August 2. After that, a new show will replace Picasso and the hours will expand.

An exhibition of 24 sculptures by the British artist Anish Kapoor will go on show throughout the grounds and historic interiors of Houghton Hall, Norfolk. These include some of Kapoor’s major works in mirror and stone, including Sky Mirror (2018), along with a series of carved marble sculptures dating from 2001–3, as well as drawings and smaller works.

London’s favourite Brutalist venue will re-open its gallery with Masculinities: Liberation through Photography, extending the run until August 23. Its smaller space, The Curve, will re-open on August 11 with a new show, A Countervailing Theory, the first UK commission by the Nigerian-American artist Toyin Ojih Odutola.

The east London gallery reopens with an extended run of its spring exhibition programme. Top of your list should be Radical Figures: Painting in the New Millennium, which makes the case that contrary to naysayers, painting is alive and well among contemporary artists such as Cecily Brown and Michael Armitage. You can also see Carlos Bunga’s commission, Something Necessary and Useful, and In the Eye of Bambi, which presents highlights from the La Caixa contemporary-art collection in Spain.

The Soho gallery dedicated to photographic work will extend the run of both this year’s Deutsche Börse Photography Foundation Prize shortlist – look out for Mark Neville’s stunning portraits of life in rural Brittany – and Against The Light, a show of reflective images by the Czech photographer Jan Svoboda.

A vital stop on the Sussex art trail, Ditchling reopens with a new exhibition of work by John Newling. Works from the British artist’s 40-year career will feature alongside three new commissions including a site-specific sculpture for Ditchling’s village green and a musical performance. Dear Nature – 81 letters that Newling wrote to nature over 81 days – will also be on display.

Margate’s flagship gallery will return with two shows, We Will Walk: Art and Resistance in the American South, and Barbara Walker: Place, Space and Who. The former looks at a range of art produced in the pressure-cooker of the Civil Rights years; the latter is a meditation on the lives of five women from the African diaspora living near the gallery.

Not only Tate Modern and Tate Britain but the Tate Liverpool and Tate St Ives spaces will all re-open on the same day. Modern will return to the giant Andy Warhol show and Kara Walker’s Fons Americanus. Britain will return with the Aubrey Beardsley exhibition and Steve McQueen’s installation Year 3. St Ives will re-open the Naum Gabo show, while Liverpool will offer new work by the Greek-British artist Mikhail Karikis.

London’s Design Museum will begin the first phase of its post-lockdown reopening with the temporary exhibition ‘Electronic: From Kraftwerk to The Chemical Brothers, which was originally due to open on April 1. Tickets will be released at 9am Friday July 10.

The Serpentine’s spaces will open in two parts. First, in August, you can again see the intriguing videos and sculptures of the Chinese artist Cao Fei in Blueprints, at the Serpentine Gallery itself. The show will be on until September 13. Over in the Serpentine Sackler Gallery, the exhibition Cambio, by the design duo Formafantasma, will resume on September 29 and run into next year. It’s a multimedia investigation, with an ecological bent, into the workings of the timber industry.

All three of the current exhibitions will re-open, so you can see works by Denzil Forrester, Diane Simpson and Sung Tieu. The highlight is Simpson’s sculptures, which are minimalist tributes to craft, precision and intelligent design.

Newcastle’s premier gallery will initially return with Abel Rodríguez’s solo show: extraordinarily intricate paintings of the rainforests in his native Colombia. Across the rest of summer and the autumn, the former flour mill by the Tyne will gradually open up further.

The Oxford museum will offer another chance to explore the Dutch master’s first decade as an artist. It features 34 of Rembrandt’s paintings, including the newly-discovered Let the Little Children Come to Me (1627–8), on display to the public for the first time.

The Whitworth and Manchester Art Gallery

Both galleries aim to open by the end of the summer, and will confirm their exhibition schedules soon.

The contemporary gallery in central Milton Keynes will open in early September; their scheduling plans will be announced soon.

The south London gallery, reliably intriguing, will re-open with new solo exhibitions. One highlight will be And Then: Xerographs and Photographs, a show of New York work by the late Hollis Frampton; another will be The Greatest Song A Songbird Ever Sang, by Sophie Barber, a series of tender, surreal paintings based on life on the Sussex coast.

An exhibition of new pieces in stone and alabaster by the artist and author Edmund de Waal will be re-open  the New Art Centre, Wiltshire. Among the works are benches carved from Hornton stone, from a quarry near Tew in Oxfordshire, the same seam as the stone that Henry Moore used for his Madonna and Child in St Matthew’s Church, Northampton. They are benches, carved and polished so that there are different textures to discover. ” I realised how much I wanted to make things for people to touch,” de Waal has said.

The east London non-profit will show Becoming Alluvium, a solo exhibition by the Vietnamese artist Thao Nguyen Phan. Highly rated at its last stop in Barcelona’s Fundació Joan Miró, it’s an installation of lacquer-and-silk paintings and video works; the subject is life on the Mekong, the river that runs from China, through Burma, Thailand, Laos and Cambodia, and into Vietnam.

The house and museum of Regency architect Sir John Soane in Lincoln’s Inn, London, will re-open with the exhibition Langlands & Bell: Degrees of Truth, which has been extended to 3 January 2021. Initially, visitors are welcome on Thursdays, Fridays and Saturdays, 11am-4pm, with free timed tickets which must be booked online in advance.

The museum and library near Euston will re-open later this year; more details will follow in due course.

Many other institutions, including the British Museum, the V&A, the Southbank Centre’s Hayward Gallery and Dulwich Picture Gallery, are yet to announce their plans.

The National Portrait Gallery remains closed until spring 2023 for renovation.

Fri Jul 10 , 2020
“I’m at Harvard now, and they’re, uh, they’re closing the campus, telling the kids not to come back after spring break.” Four months ago, as the country realized its leaders had blown it with the global COVID-19 pandemic, I had director and screenwriter Kelly Reichardton the line to talk about […] 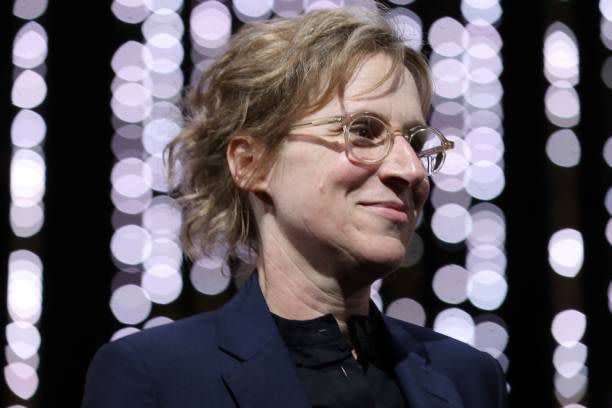