Instead of focusing on a designer outfit or a rail-thin model, a new exhibition at the Detroit Institute of Arts examines the artistry of fashion photography as pictured by leading Black photographers.

Unveiled Friday, “The New Black Vanguard: Photography Between Art and Fashion,” features the work of 15 photographers, predominantly under the age of 30 and from different parts of the world. Visitors will find 100-plus images, including portraiture, conceptual and editorial images, that have been culled from magazines, ad campaigns, museums and social media. The exhibition is on view at DIA through April 17.

Some of the photographers, like Brooklyn-based Tyler Mitchell, who in 2018 became the first Black photographer to shoot an American Vogue cover with an image of Beyoncé, have gained global fame. Mitchell will lead a virtual talk for the DIA on Feb. 24.

Many started out by photographing friends, relatives, not yet widely known models and strangers they spotted on the street or through social media.

Nancy Barr, the DIA’s James Pearson Duffy curator of photography, described the quality of work in the exhibit as “incredibly dynamic, youthful in spirit” and said the featured photographers are making “a big impact” in print and digital media.

“They all use the medium of fashion photography as a form of social justice, by imprinting the Black experience sometimes in new ways or in traditional ways,” she said. “They are showing the vast range of Black experience and Black identity in the present day. I think that is unprecedented.”

While each artist takes a different approach, there are new narratives highlighted in the work such as queer identity, body diversity and a range of complexions, according to Barr. “There is not just one monolithic identity to the Black experience or Black representation. That is one way that they’re using the photography for social justice,” she said.

In regard to the age-old is-fashion-photography-art debate, Barr said fashion photography has a long trajectory in the history of photography as an art form. Citing the early work of Edward Steichen at Condé Nast’s Vanity Fair and Vogue, as well as Harper’s Bazaar’s “great history” of employing “wonderful photographers” for editorials (including Man Ray and Louise Dahl-Wolfe), Barr said magazines were “really the place early on [where] photographers got to show what they could do with the medium aesthetically, either compositionally or content-wise.” Magazines provided a means for experimentation with fashion photography, since museums weren’t really showcasing such work decades ago.

Writer and art critic Antwaun Sargent worked with the Aperture Foundation to organize “The New Black Vanguard” and published a companion book. A virtual tour of the exhibition at the DIA is not being offered. However, Aperture has released YouTube talks with a few of the featured photographers. Pandemic-related concerns pre-empted an opening event, but Sargent will be at the DIA March 10 to host a lecture. Sargent is also a director and curator at Gagosian.

Enthusing about Sargent’s involvement, Barr said, “I’m really excited for this. I can’t imagine anything better for Detroit, for photography in general and for young Black artists.”

As for how fashion photography can perpetuate stereotypes and racism, Barr said, “This show, and a lot of the social justice messaging in it, transgresses those stereotypes. It looks at some of them, too. It’s doing a lot of different types of narrative exploration around Black identity and around culture.” A few of the featured artists are from Nigeria and South Africa, and have taken images in Lagos and Johannesburg, among other places.

Many of the photographers are striving “to broaden the field and to make Black representation and the Black experience universal and not marginalized,” Barr said. Some have published their own magazines and journals out of necessity and/or for greater creative license. Early in her career, Scruggs published Scruggs magazine, a print publication that was dedicated to her vision of the male form. Campbell, a London-based artist, created Nii Journal.

Having Black photographers “take control of who is making the images — the creative control, the editorial control of the visual stories and maybe even the stories that are text-based is very unique,” Barr said. “In some ways, they’re turning the fashion photography model on its head.”

“The New Black Vanguard” is connected to another DIA exhibition, “Black Is Beautiful: The Photography of Kwame Brathwaite,” which is in an adjacent gallery on through Jan. 16. The interconnected layout is designed to give visitors a more historical take on Black beauty as seen in Brathwaite’s photos of Black subjects in the 1960s. They then can walk into “The New Black Vanguard” to see the contemporary lens on Black fashion, beauty and style. The work of six local photographers is also on view in the “New Gazes” section.

Barr’s hope is that gallery goers will consider how the young photographers are shaping a new way of expressing Black identity in the print and digital worlds, and that they will understand it “from a completely new fresh set of eyes.” While young people will see a lot that they can identify with, older visitors will see how young people are looking to change the landscape of expression and identity, Barr speculated.

The exhibition builds upon Detroit’s ongoing efforts to attract creatives to live and work in the city, or to appreciate its cultural offerings. The Detroit-based Shinola and fashion designer Tracy Reese continue to champion the city’s reputation in design and support local manufacturing. In late October, Bottega Veneta attracted a celebrity crowd to its spring runway show at Detroit’s Michigan Building Theatre.

Fashion is not a new pursuit for the DIA either. In the fall of 2009, an exhibition of Richard Avedon’s fashion photographs was staged there. And Barr recalled how André Leon Talley’s 2017 talk with Isabel and Ruben Toledo was a winner, and attracted a lot of makers.

With “The New Black Vanguard,” the DIA is reaching out to a new audience and indicating that it takes design and makers seriously, Barr said. “To me, what’s even more important is that Detroit is the city with the largest Black population in the country. This exhibition and the Kwame Brathwaite show are helping to reach out to that community and younger people in that community, too,” she added.

The median age of DIA visitors is 47 years years old with 86 percent of them coming from Michigan, 12 percent hailing from other parts of the country and 2 percent visiting from other countries. The new exhibition is meant to show a younger, more diverse audience that the DIA, according to Barr, is “really open and accepting, and we’re here to be a place that they can come and really learn about new work, new photography, contemporary work, and something that they can really identify with.”

Tue Dec 21 , 2021
Digital Artwork Photography menggunakan Facebook. Digital camera telephones , being the vast majority of cameras, have arguably the most important affect. The consumer can set their smartphones to add their products to the Internet, preserving them even when the digicam is destroyed or the pictures deleted. Some excessive road pictures […] 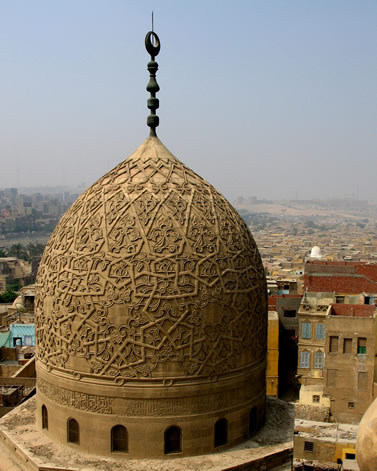